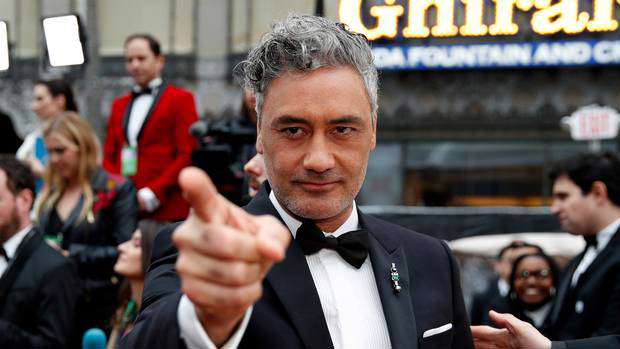 "Thank you, Kia Ora," said a slightly nervous Waititi as he accepted the Academy Award.

He thanked his mother and dedicated the award to indigenous children around the world.

Among the nominees are a handful of New Zealanders. Taika Waititi and Anthony McCarten are going head-to-head for the best-adapted screenplay award for Jojo Rabbit and The Two Popes, up against screenwriters for The Irishman, Joker, and Little Women. Aucklander Tom Eagles is nominated for best editing for Jojo Rabbit.

Jojo Rabbit is up for six awards in total, including best picture.

A huge congratulations to Kiwi @taikawaititi who just won the #oscar for best adapted screenplay! #oscars2020 🙌 ... Swipe for some more looks from the #redcarpet 🤩 Photos: @gettyimages

Leading the pack with 11 nominations is Joker, starring Joaquin Phoenix.

Check out some of the stunning red carpet looks at this year’s Oscars below:

We are loving all the red carpet looks from the 2020 Oscars! 😍 Which are your favourites? #oscars2020 #redcarpet Photo: @gettyimages