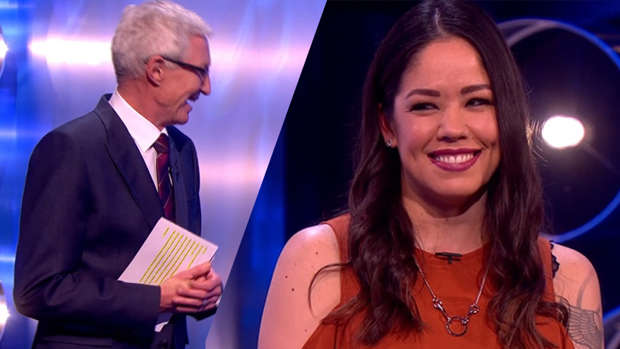 The first ever LGBT couple on Blind Date have been paired up together on the hit dating show in the UK.

The iconic dating show has just been rebooted last month after 14 years off air, according to The Sun.

The host Paul O'Grady, did match-making with same-sex contestants on Saturday's show which happened to coincide with the London Pride festival this weekend.

We can't say we've ever seen this on a menu but it sounds good to us! 😂 #BlindDate will be on at the later time of 8pm this week. pic.twitter.com/BVQKsFz8bi

Contestant Alice was seen quizzing three girls before choosing who she would like to invite on a date with her.

The singleton doesn't hold back as she asks women, Steph, Sarah and Jane what their sexiest chat-up line is and about their guilty pleasures.

It was when New Zealand-born Jane, 31, reveals that she likes "stroking" cats in the street is when things get interesting! When the single lady looking for love quizzed Jane about some of her guilty pleasure, we don't think she expected to hear her say she looks for cats on the street to talk to, then things get a little adulterous.

“And what do you do with these cats when you’ve found them?”

“Just give them a little stroke, Paul,” responds Jane, laughing.

“There’s a joke in there somewhere,” remarks Alice.

It is the first of a few episodes that will feature lesbian, gay, bisexual or transgender contestants and the move was named as a "huge and glorious step forward" by viewers on social media.

you ask you shall receive.
I can confirm an all #LGBT round is coming up. Keep watching. #BlindDate #LoveIsLove

Glad that #blinddate has finally brought itself into the 21st century!! 👏🌈