Kia ora, talofa - it's your time (again) with Suzy Cato.

The famous TV face and voice that greeted hundreds of thousands of New Zealand schoolchildren in the 1990s and early 2000s is back - this time to help educate locked-down Kiwi kids.

Suzy Cato - whose trademark 'Hello, g'day, kei te pēhea koe?' will be well-known to a generation - has been hired for one of two new educational television channels being from today on TVNZ2 +1, on Freeview 7, TVNZ OnDemand and Sky 502.

The educational segments will run from 9am - 3pm on school days with programming for children and young people aged 0 to 15, as well as for parents.

Education Minister Chris Hipkins, who announced the two new channels to reach children stuck at home while schools are in lockdown, said he was "looking forward to seeing Suzy Cato on TV a bit more frequently". 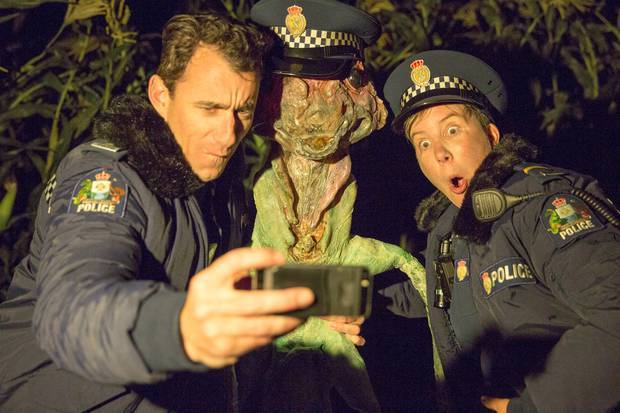 The other new channel will be a Māori-language channel produced by Māori Television.

Both channels will launch today, the first day of the new term next Wednesday, April 15, and will screen for six and a half hours a day during normal school hours.

Cato, now 51, hosted a series of children's shows from 1990 to 2002 including the Early Bird Show, 3pm, You and Me and a science show Suzy's World, which will be screened again on the new educational channel.

She told the Herald that she was excited and "looking forward to sharing Suzy's World and new educational resources with the families of New Zealand".

"We are going to create a little package integrating them [the old shows] with maths," she said.

"I'm creating content that integrates science and maths with a maths group based in the Waikato with participants all around New Zealand.

"They are pulling together the basic support and educational requirements, and then I perform the experiments and then encourage the kids to get out and do it themselves.

"If you haven't got a tape measure, measure the length of your foot and use that - that sort of thing." Cato said she also expected to be involved in music, other areas of the curriculum and in programmes supporting the wellbeing of children and parents during the lockdown.

"As chair of Kiwi Kids Music, which is a group of more than 100 singers and songwriters, I'm ensuring that we have as many music videos up as we can," she said.

"There will be more coming out because all of our creatives now have time on their hands."

She said the new channel had been put together at enormous speed.

"It all got finalised in the last week," she said.

"It's had a very fast turnaround. Nothing like this has ever been done before, but I'm just marvelling at the way technology makes life so much easier - the use of Zoom meetings and things like that.

"Everyone has been able to come together. It's utilising all age groups within the educational system and will reach the whole population."

"I love the fact that we are helping parents give their children access to learning in a fun environment," she said.

Cato still has her own children's radio show which is run on 25 regional stations. She also has her own YouTube channel and has been interviewing Kiwi kids and asking them to show her their arts and crafts.