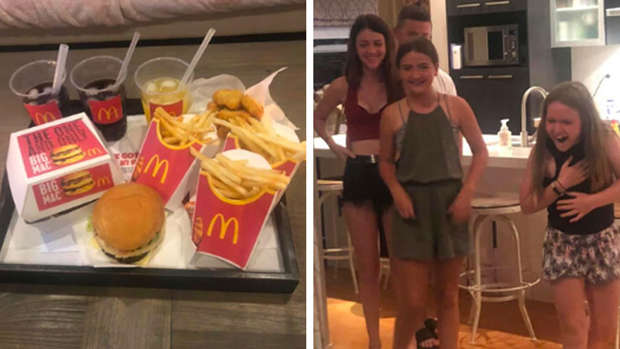 An Auckland mother who recreated McDonald's packaging was able to trick her kids into thinking they were having the fast-food favourite for dinner during the lockdown.

Currently, under alert level 4, all stores including fast food are closed, apart from supermarkets and pharmacies.

This sparked the idea for Auckland mum Tanya Beckett, who works for print, design and signage company Cube and her husband, John Beckett, who is a director for the same company, to pull off the perfect prank on their three kids while also providing them with a treat.

Tanya told the Herald that since the lockdown they wanted to challenge themselves and see what kind of gift they could come up with to treat their kids.

After "thinking outside of the square", Tanya said she came up with the idea to recreate a McDonald's meal. 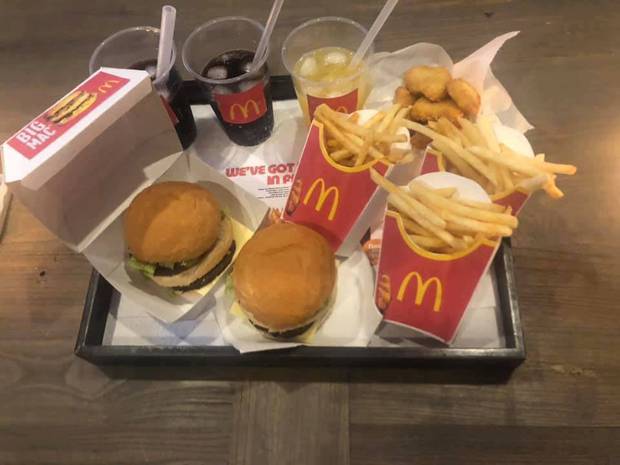 The parents spent the week teasing their kids about a surprise dinner while Tanya found logos online, printed them and pasted them on cardboard and cups.

She also went out to buy the ingredients for the meals, but said she was gutted she couldn't find sesame seed buns.

But that didn't stop her kids from being shocked when they came to see their dinner, which can be seen in photos taken by Tania.

"The photos say at all," the mum said.

"They couldn't believe it. They were just looking at us and looking at it and asked: 'Where did it come from? How did you get it? Is this for real?'

"They were really impressed and big smiles."

After revealing to them it wasn't the real deal, she said her kids were "pleasantly surprised" because they believed it tasted exactly the same. 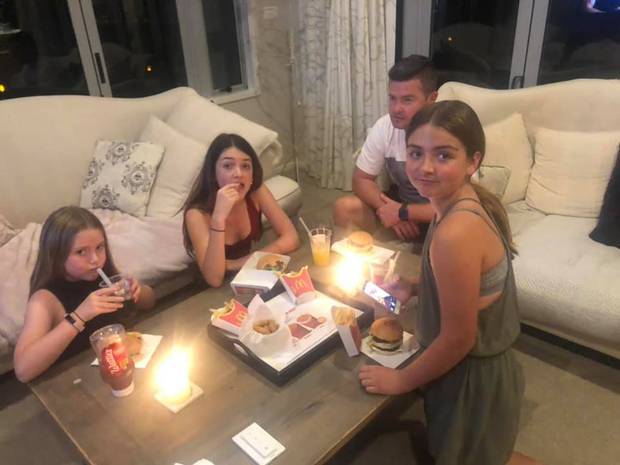 "They were just chuffed and really excited that they could enjoy the McDonald's experience, even though they can't actually have it."

Other photos show an authentic-looking Big Mac box and burger, as well as McDonald's fries, cups and tray paper.

"We just wanted to try to push it to make it look as real as possible," Tanya said.

"It came out quite well."

After posting the images on her personal Facebook, Tanya said the comments she received from family and friends were so funny.

She added that one parent showed the photos to their kids and they started crying and asking where did they get it from.

Tanya signed off by saying she would be working on her next fast food recreation soon and asked people to stay tuned.