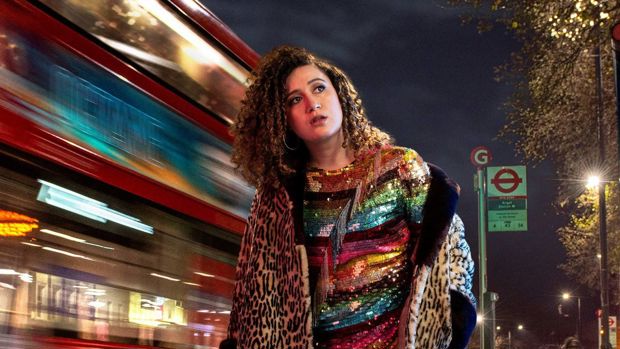 A Kiwi star has been named as a top pick to play an iconic television role.

Jodie Whittaker is departing from the famous BBC role of Doctor Who in 2022, and speculation is mounting over who will get the keys to the Tardis next.

A Guardian list included actress and comedian Rose Matafeo as a possible choice for the role.

The Guardian reporter Martin Belan argues she would be a great fit for the role:

"A creative force in comedy and writing her own shows, she's already faced down one Doctor Who villain – King Hydroflax was played by Greg Davies – as a standout contributor to series nine of Taskmaster. You can easily imagine her bursting out of the Tardis doors for a spot of adventure."

Matafeo was named alongside a stacked group of contenders including I May Destroy You star and creator Michaela Coel, It's A Sin actor Olly Alexander and Sound of Metal star Riz Ahmed.

While it is early days yet in the search for the show's next big star, even just the mention of Matafeo's name on the list may delight Kiwi fans of the BBC show.

The sci-fi show began broadcasting on the BBC in 1963 and follows a Time Lord who explores the universe in a time-traveling space ship called the Tardis.

In 2017, Whittaker became the first woman to play the role. Previous actors who played the role include Matt Smith and David Tennant.

If she is picked to be the next Doctor, the role will add to Matafeo's string of high-profile successes abroad.

Her romantic comedy series Starstruck debuted on the US's HBO Max and the UK's BBC Three earlier this year and has already been picked up for a second season. You can also watch it here in New Zealand on TVNZ OnDemand.

The show is co-written with other Kiwi comics, Alice Snedden and Nic Sampson.