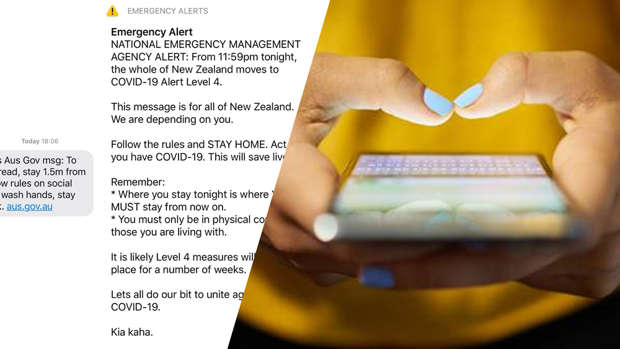 As most of us are well aware, New Zealand is currently in a nationwide lockdown to help battle the fast spread Covid-19 virus.

However, it’s not quite the same across the ditch.

One Kiwi who had recently been living in Brisbane, Australia was shocked when she received two vastly different alerts from both the New Zealand government and Australian government earlier this week.

Sarah Newton - who has been travelling the world for the last decade and was running two Flight Centres in Australia before she left to come home - took to Facebook to share a screen-grab comparison.

The side-by-side images showed a text message from the Australian government, which read: "To stop the spread, stay 1.5m from others, follow rules on social gatherings, wash hands, stay home if sick."

Next to it was the Emergency Alert message which most New Zealanders would have received earlier this week.

"AUS vs NZ - When you get both travel warnings at once," she wrote alongside her post.

"AUS: Make sure you PT sessions don’t have more than 10 people in them and send the kids to school while you’re there. (Confirmed Cases: 2475/Deaths: 9).

Speaking with The Hits, Sarah - who has been in careful self-isolation in Auckland since returning to New Zealand - said she felt "angry" that the Australian government wasn't doing more, when she received the relaxed text message.

"I felt anger, disappointment and the pain of everyone in Australia," she said. "So many of my friends there are in traumatic situations having to choose between their families safety and their children’s schooling. So many under financial strain with minimal or no pathways putting their whole life into a spiral.

"Each state is different and the government are taking their time to make any decisions. In many ways my friends there feel more isolated than here.

"At least we have clear communication and pathway for most of New Zealand. Even though I’m stuck in no man's land not knowing where or how to get help. Trapped not even being able to set up a bank account.

"I take comfort in knowing what’s going on in New Zealand and the clear communication and pathways for the country." 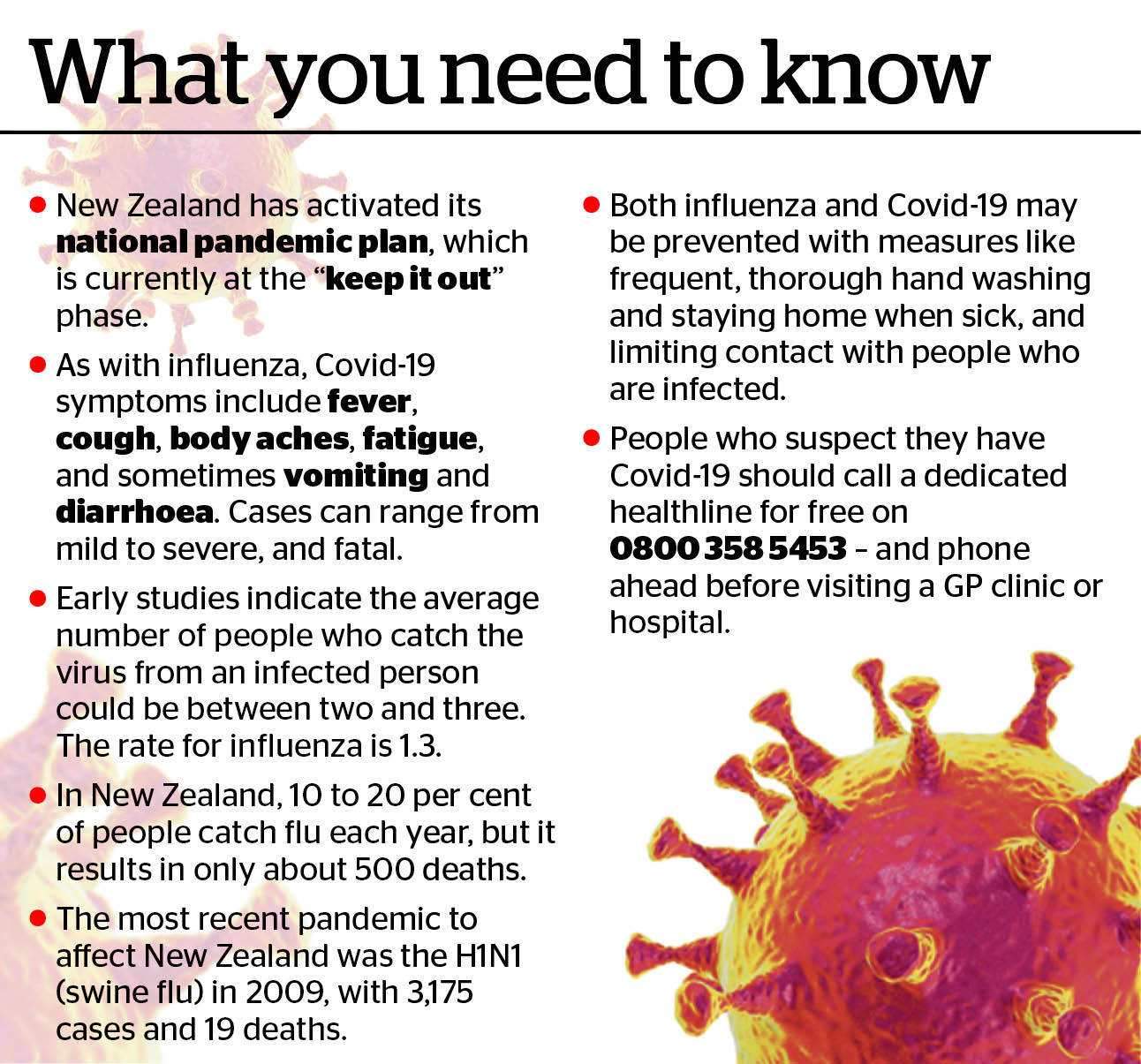