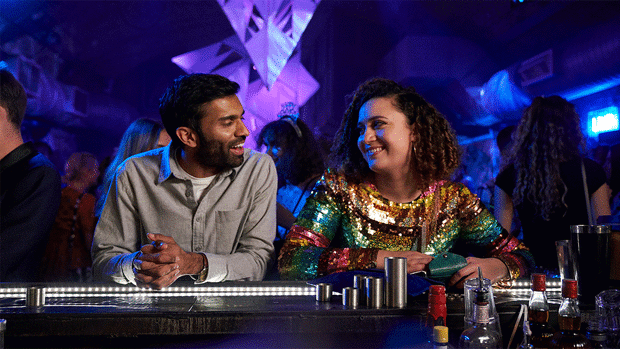 Rose Matafeo has won praise for her acting from a major US media outlet.

Variety magazine praised Matafeo for her role in the sitcom Starstruck - which has already been renewed for a second season.

The show, which was also written by Matafeo, follows 20-something Jessie (played by Matafeo), a millennial living in London, juggling two jobs and navigating the fallout from accidentally sleeping with a movie star.

"It's Matafeo, who also created the series, whose charisma ends up burning up the screen with her effervescent performance," Variety said.

"She makes it all too easy to understand why this celebrity, like this viewer, simply can't get her off his mind."

Co-written by Matafeo, Alice Snedden and Nic Sampson, the second season will continue to follow Jessie's story as she navigates her romantic involvement with famous movie star Tom (Nikesh Patel).

Minnie Driver will return to her role as Tom's acting agent Cath.

Matafeo reacted to the announcement Starstruck would be returning in June.

She said she is "thrilled" that Starstruck is back for a second round, "because I left my water bottle on set last year and I would love to get it back".

Starstruck airs on TVNZ OnDemand in New Zealand, BBC Three in the UK, HBO Max in the US, and ABC in Australia.

The critical acclaim adds to Matafeo's international praise this year - and one publication even tipped her as a contender to be the next Doctor Who.

The Guardian reporter Martin Belan argued she would be a great fit for the role:

"A creative force in comedy and writing her own shows, she's already faced down one Doctor Who villain – King Hydroflax was played by Greg Davies – as a standout contributor to series nine of Taskmaster. You can easily imagine her bursting out of the Tardis doors for a spot of adventure."

Matafeo was named alongside a stacked group of contenders including I May Destroy You star and creator Michaela Coel, It's A Sin actor Olly Alexander and Sound of Metal star Riz Ahmed.