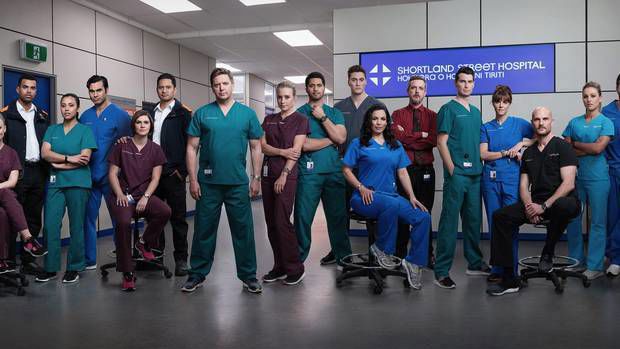 As a response to COVID-19, Shortland Street will not air on Fridays from 27 March.

"This scheduling change allows the cast and crew some buffer room in their delivery of the show to TVNZ. It also prioritises everyone's safety and wellbeing," a spokesperson for South Pacific Pictures said in a statement.

"This move is in line with productions around the world who are making small changes to ensure they can keep their shows on air, even if filming needs to stop temporarily."

Episodes will continue to air Monday through Thursday.

Yesterday the production company behind Shortland Street announced the measures they are putting place for the show to help protect their staff from the outbreak.

"In consultation with TVNZ and following Ministry of Health key health and safety practices, South Pacific Pictures have put a plan in place that aims to ensure the safety of all those who work on the show and ensures production continues," said a spokesperson.

To our loyal Shorty family. To ease the pressure off the cast and crew, we will be reducing Shortland Street to four days a week (Mon-Thu).

A post shared by Shortland Street (@shortlandstreetofficial) on Mar 19, 2020 at 4:23pm PDT

The studio has implemented a mandatory work from home rule for non-studio based departments, and is placing restrictions on visitors and family visiting the building "in order to keep the footprint at the studios to a minimum," the statement says.

"Our absolute priority is to maintain the health and wellbeing of our wonderful cast and crew - who all understand that they too have a role to play by following the protocols that are in place as closely as they can."

The show is mostly filmed in Waitākere at South Pacific Pictures' studios.

The announcement from South Pacific Pictures comes after the New Zealand production of Amazon's Lord of the Rings series was suspended for two weeks amid the pandemic.

A watermarked copy of the announcement supplied to the Herald read:

"In an abundance of caution, UAP [Untitled Amazon Project] has suspended production for the next two (2) weeks commencing Monday, March 16.

"This is done in an environment where travel restrictions directed at the control of Covid-19 are issued daily by New Zealand and most other countries."

It has been running for 27 years and screens weeknights on TVNZ 2.