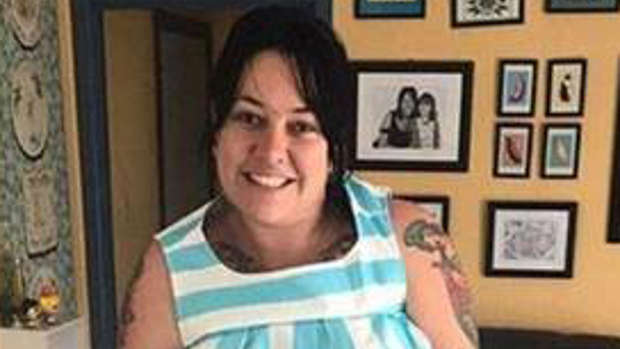 Napier woman Michaela Smith had us in fits of laughter after her online order for a vintage style dress didn't go quite to plan ...

Being plus size and 6ft tall, Smith checked her measurements, double checked and then checked again, before making the $27 too-good-to-be-true purchase.

Upon the parcel's arrival, excitement turned to disbelief as Smith tried the dress on, only to realise it was several sizes too small.

"It was like I was wearing children's clothes, I just seem to be a sucker for punishment." 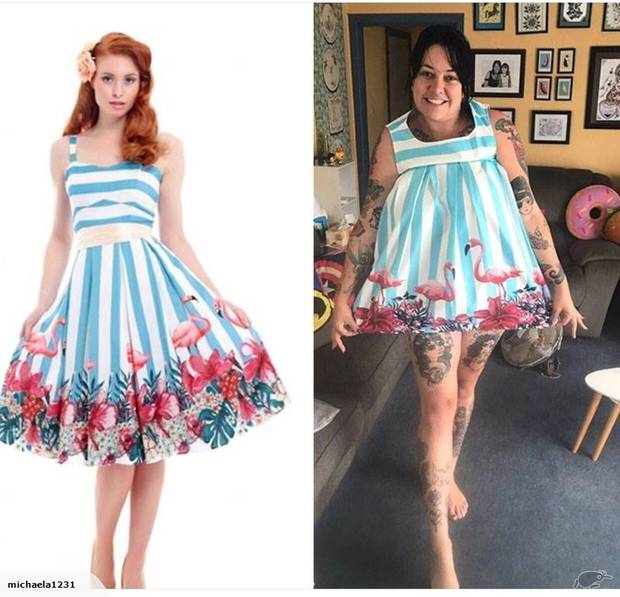 "I really didn't care if it didn't fit because it only cost me 27 bucks, but it just turned out to be a complete rip-off," she said.

Smith put her failed purchase on Trade Me and by Friday the bidding was sitting at $180.

Smith said it had been a learning curve, but she'd received plenty of support and kind messages from all over the world.

"I'll still order from Ali Express, but I'll just make sure that I go up four sizes at least before making the purchase, I wouldn't trust the size chart at all."

READ MORE:
• These 20 hilarious birthday cake FAILS will bring tears of laughter to your eyes!
• Are these the funniest online shopping fails ever?

Although she only paid a minimal amount for the dress, Smith said she was blown away with how much attention it had received on the Trade Me auction.

"I said it only cost me $27, I have no idea why they're bidding so much, they could just go on to Ali Express and get one, I think it's fantastic that it's received so much hype though."