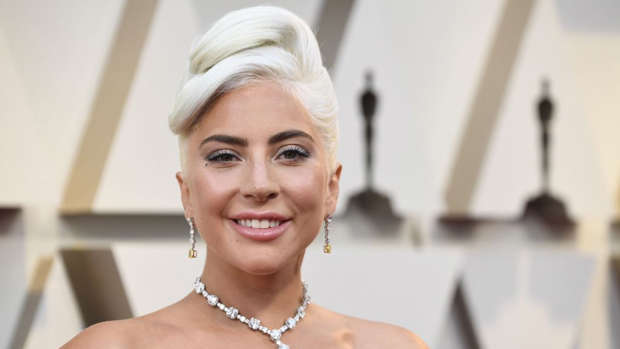 The 33-year-old singer has been spotted a number of times growing close to a mystery man over the last few months and now US Weekly have confirmed she's been dating the Parker Group CEO.

The couple were seen kissing on a hotel balcony in Miami over the weekend, and were also seen holding hands and kissing in Las Vegas on New Year's Eve.

Gaga has now confirmed the news of her exciting new romance, taking to Instagram to share a photo of the two together.

We had so much fun in Miami. Love to all my little monsters and fans, you’re the best! ❤️

In the snap, Gaga happily sits on Michael's lap, while he gazes lovingly at her.

"We had so much fun in Miami," Gaga wrote alongside the photo. "Love to all my little monsters and fans, you're the best!"

And an insider recently claimed the Bad Romance hitmaker is "crazy about" her new man.

A source said: "[Gaga] has been dating the same guy for over a month. They've been seeing other since before the holidays and she's crazy about him."

According to the insider, prior to their smooch in Sin City, the duo had "already been seeing each other for weeks".

Gaga endured a turbulent time in her love life in 2019, splitting from sound engineer Dan Horton after just a few months of dating and, before that, calling off her engagement to Christian Carino in February.

The New York-born star - who has remained tight-lipped about her new romance - revealed her split from Dan via an Instagram post after attending her friend Sarah Nicole Tanno's bachelorette party.

The chart-topping pop star - who was also previously engaged to actor Taylor Kinney - wrote on the photo-sharing platform: "An about to be married woman and me, a single lady. (sic)"

Earlier in the year, Gaga also called off her engagement to Christian.

A source said at the time: "All the attention for the movie [A Star Is Born] and her split from Christian was a bit much. She escaped to Mexico with friends twice just to get out of Los Angeles. She seemed tired and a bit gloomy."