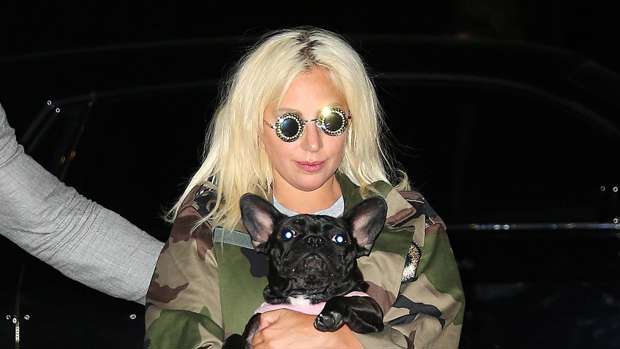 Gaga's dog walker Ryan Fischer was ambushed close to his home in West Hollywood as he walked Gaga's dogs Koji, Miss Asia and Gustavo at around 10pm (US time), according to TMZ.

Koji and Gustav were stolen in Hollywood while her third dog, Miss Asia, escaped and was recovered.

Fischer was taken to a nearby hospital while two dogs Koji and Gustavo were stolen.

Gaga is currently in Italy filming a new movie and the New York Post understands she is so distraught with the situation she is offering US$500,000 to get her dogs back, with no questions asked.

Despite injuries, a source told the New York Post that Fischer is "thankfully recovering well".

Police sources told TMZ it's not clear whether the thieves knew the dogs belonged to the musician.

As they are French bulldogs they are often targeted as they are in high demand.

The LAPD has confirmed the incident was a shooting but it is too early to say if it is a robbery.

Suspects fled the scene in a white van and their whereabouts is still unknown.

Fischer was shot once on Wednesday night and is expected to survive his injuries, according to Los Angeles Police Captain Jonathan Tippett, commanding officer of the department's elite Robbery-Homicide Division.