As we're approaching the tail end of this train wreck, the remaining boys have moved into a special new house just for the finalists – but they'd better not go getting their hopes up, remember.

"Everyone thinks I have two options but I actually have three," Lesina reminded everyone.

"I could decide to choose no one." 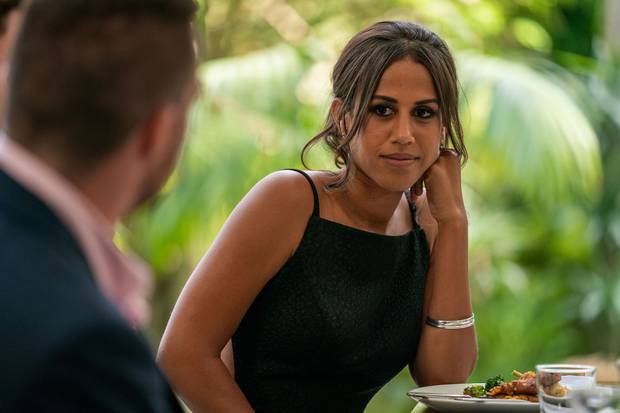 At the cocktail party, Lily whisked Quinn away for a final one-on-one chat before the rose ceremony, and off-camera expressed her concerns that she's worried they might not have enough banter – which, let's be honest, is of the utmost importance in these trying times.

The women also revealed they're both concerned they might not have a strong enough sexual connection with Jesse and Logan respectively. And look, let's be honest about that too – in the midst of a pandemic lockdown, we're all going to need a partner we can stomach Doing Bits with around the clock because there's not much else to do at the moment. 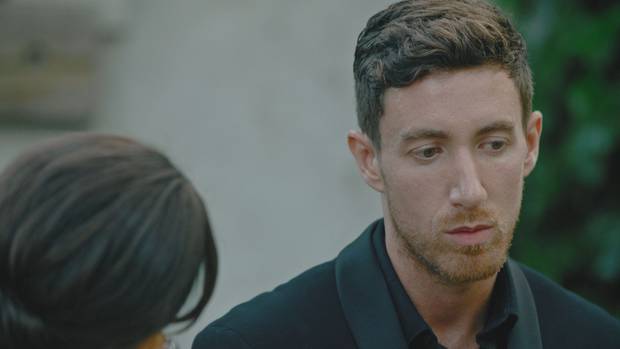 Despite both being acutely aware that Lesina will probably (and very understandably) choose to stay single rather than shack up with either of them in quarantine, Logan and Aaron have opposing views on the decision.

Logan tells her if she ends up picking no one, he'll absolutely respect her even more for making such a tough decision because it'll be the right thing to do.

Aaron, on the other hand, tells her if she picks no one it will be a "harder pill to swallow" than if she chooses Logan. But if she does choose Logan he'll be sad "for at least three weeks". Stunning and brave. After her one-on-one with Quinn, Lily dragged Richie off for one last pow wow. He idiotically decided to utilise their final time by rehashing that drama from when he got busted bitching about the girls.

Lily was understandably not super jazzed about having to once again go over the issue, and when it came time for the rose ceremony she burst into tears and ran off into the bushes for a (very understandable) cry.

I’ll be completely honest, I’m not a big cryer. Sometimes I’d wish that I was because it can make me look like a borderline psychopath in some social situations when everyone’s crying and I’m just chillin’. I only really cry when it’s that kinda cry that’s starts in your stomach, then moves to your chest. All of a sudden it’s in your throat, lingering there, it attaches itself to your vocal cords and scratches at them violently, like a dog trying to get out the front door when it needs to piss. That’s the kind of cry I had last night. In a bush. Coming into this did I think I was going to have that kind of shit leak out of me? No. Am I mad about it? Nah. More than anything it shows me that I care, far more than I think I even understood at the time. I’ll admit, it almost felt a little stupid to me at time to be feeling so much for more than one person. It almost made me feel guilty. I’ve never had strong feelings for more than one person before and although this was the exact concept of the show, looking back at it, that very concept was quite hard to come to terms with knowing how much it was going to hurt me having to let two of these men go. The guilt was unwarranted due to this all being consensual yet it was just one of the many normal emotions you go through in such an abnormal situation. Throughout this whole experience I’ve asked these men to trust me, trust that I knew myself well enough to make the right decision for myself. If I didn’t feel as though I was aware enough of who I was or what I wanted then I wouldn’t have subjected myself to this shit. Reminding them of this seemed to be the only thing that would calm their storms. So if you’re currently losing your melons, keep this in mind. I’ve been my own best mate for the last 23 years. I’m aware that I’ll always make mistakes but I’ve trusted my gut to get me to the woman am I today and I trust it to take me to the woman I’m supposed to be. Trust isn’t something that’s easily earned but I’m just going to be straight up and say in this experience, I have most defiantly put in enough of the hard yard to have earned it.

I think we can all relate to this bush tantrum right about now, it's a huge coronavirus mood. Sending thoughts and prayers my gal, we're all in this together.