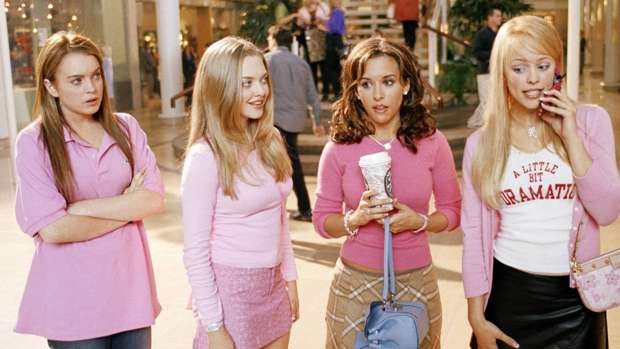 Lindsay Lohan thinks it would be an "honour" to star in a Mean Girls sequel.

The 34-year-old actress appeared in the teen comedy as high school newbie Cady Heron with Rachel McAdams, Amanda Seyfried and Lacey Chabert in 2004 and has teased there is something in development, which she would love to be a part of after recently virtually reuniting with the cast.

Speaking on the Listen to Me, The OG Mama D Podcast with Dina Lohan & Chanel Omari, she said: "I mean, I know that they're going to do something, but I just don't know exactly what yet. And it would be an honour to be a part of it. Obviously, it was really fun to do, you know, the catching up altogether the reunion, because it felt like, and then they didn't air part of this, but it felt like it was, we'd all just seen each other the day before. It still feels like we know each other so well because we spend so much time with each other and we discussed how it's been working with each other. That it's been so continuous over the years. That it's, it feels like we're all still good friends, which was really nice to catch up with everyone. So that was really fun. And it was really, really amazing about it!"

Lindsay has also been considering broadening her acting skills on Broadway after she previously starred on the stage in Speed-The-Plow in London back in 2014 and wants to become a "triple-threat" star.

Lindsay also wants to act in a television series and particularly wants to work with Ryan Murphy after he recently developed the Netflix horror series Ratched - which is a prequel to the story told in One Flew Over The Cuckoo's Nest.

Watch the Mean Girls reunion below:

Something fun for this tumultuous time. Thanks to all of you, we reached our goal with @headcountorg to get over 5,000 voter activations! To celebrate that - Tina Fey and I got the whole gang back together for a Mean Girls Reunion! Happy #MeanGirlsDay 😃 PS: It’s exactly 1 month from election day so please please make sure you are registered and have a plan to #vote on November 3rd - it’s so important! We can still keep the momentum going - head over to the link in my bio to learn more. @lindsaylohan @mingey @thereallacey @anagasteyer @whatsupdanny @jonathandbennett @rajivsurendra @headcountorg @meangirls @meangirlsbway