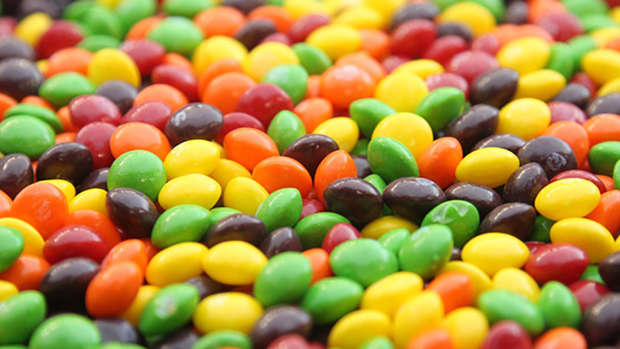 When it comes to sweets, everyone has their favourite flavour - so it's disappointing when you open a packet to find there are only a few of your preferred colour.

But it's not just a case of bad luck, a tooth-achingly sweet investigation has found.

A team of sweetie fans ate their way through dozens of packets of popular confectionery, and have revealed how many of each colour you get on average when you buy certain treats, the Daily Mail reports.

And the proportion of each flavour is far from equal for some of the most famous sweet brands. Have you always felt like red Skittles are a rarity? Photo / CDA.eu

They then worked out how many of each colour you get in a packet on average based on the packs they had munched their way through.

Starburst was found to have the most equal proportion of each colour in a packet, followed by Gold Bears - great news for those who like every flavour. The most equal distribution of colours was found in Starbust packs. Photo / CDA.eu If your favourite colours are red and green, you're in luck. Photo / CDA. eu

But other brands have much more of one colour than the others. Over half of the Wine Gums in a pack are likely to be red. Photo / CDA. eu

You're in luck if your favourites are green Fruit Pastilles and red Wine Gums as these are the most common colours for those brands, on average. Fans of yellow Fruit Pastilles will be disappointed. Image / CDA.eu

But otherwise, you may have to just hope that the packet you buy bucks the trend uncovered by the research.