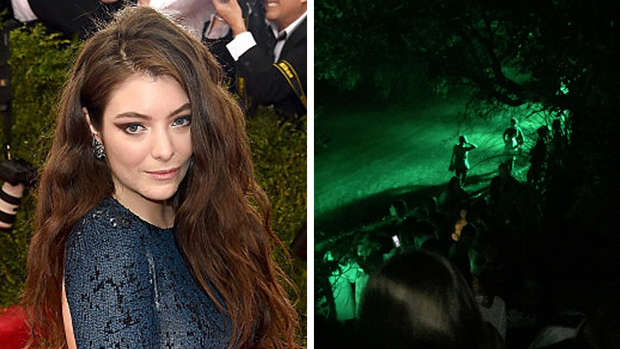 Lorde has given fans more clues about her new music.

The three spots indicated were Mayoral Drive, the end of Hamilton Road in Herne Bay and the corner of Ponsonby and Karangahape Road.

A few dozen fans gathered behind the Town Hall to watch a few short videos projected onto the back of a building.

The videos were all less than five seconds long.

@lorde it sounds so good pic.twitter.com/XIAPXpDhSy

The beach is green at Herne Bay. #Lorde pic.twitter.com/lWN3PeHqCa

The singer released her first album, Pure Heroine, in 2013 and the follow-up has been hotly anticipated at home and abroad.