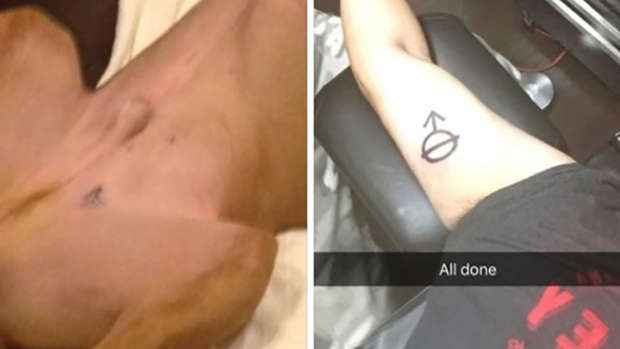 One dog lover took his affections for his rescue dog to the next level when he tattooed himself with the same marking as his new furry friend.

Unfortunately, he didn't realise the true meaning of the ink.

Believing the mark was from a previous abusive owner the man got tattooed in an act of solidarity ...

However, the symbol was actually a sign from the vet that the dog had been neutered! 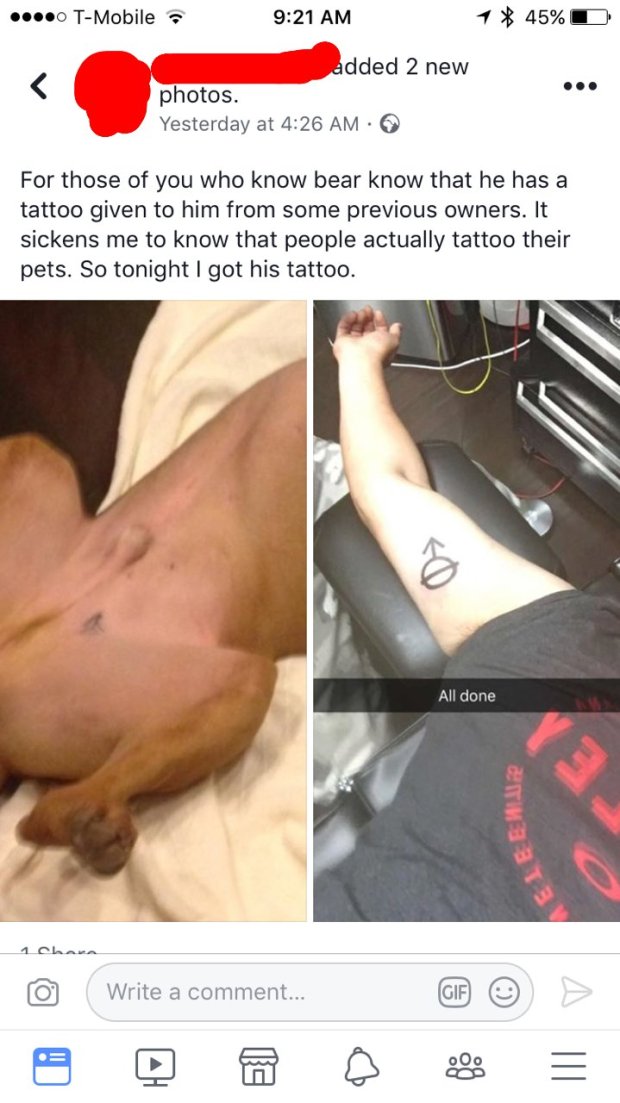 Posting photos to Facebook the man, who remains unnamed, wrote: "For those of you who know Bear know that he has a tattoo that was given to him by his previous owners.

"It sickens me to know that people actually tattoo their pets.

"So tonight, I got his tattoo." 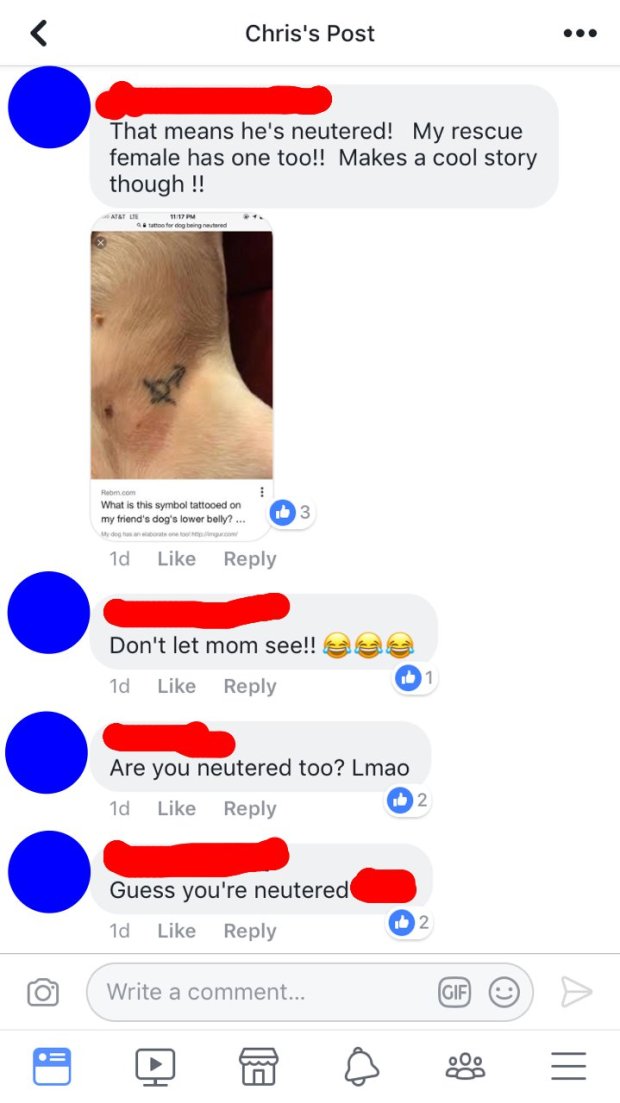 A commenter was quick to point out that "that means he is neutered!"

Another poked fun at the man's misfortune writing: "Are you neutered too? Lmao."

Oh dear ... At least his heart was in the right place!