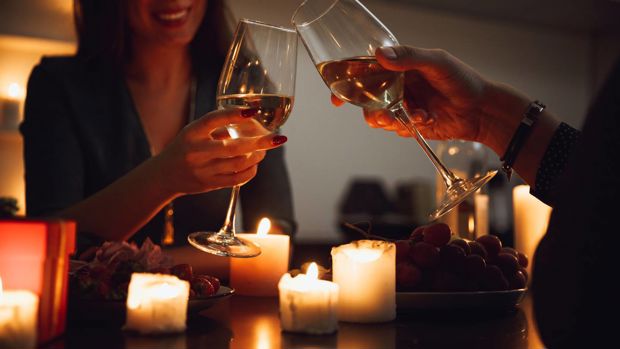 In times of Covid-19 and lockdowns singles may be finding it hard to find their match.

However, one singleton turned her date into a Bachelorette-esque scenario by inviting 16 different men to one date.

One of those men is quite a popular British TikTok user so he decided to capture the date and explain it online.

In the first TikTok the man explains how he turned up for a date with a woman he met on Hinge, little did he know he would be greeted by four other men who were also invited to the date.

Thought I would re-upload this. This actually happened 🙈🙈🙈 ##Dating ##Relationships ##Jokes 

"As you guys know I'm pretty bad at dating, but I actually decided to go on a date for the first time in like a year and this is what happened - this is not a joke by the way," he said.

Speaking from the date's pub location he then turns the camera and introduces another man who also ended up on the date.

"I invited everyone that I matched with on Hinge, so here you all are. I hope you get along," the woman tells her dates.

This initial TikTok caught the eyes of thousands of viewers with many wanting to know more about the date and how it went.

The Tik Tok user goes in-depth in a number of follow-up videos.

"Guys just kept on coming over and over again," he mentioned.

He explains he had weird feelings about his interaction to begin with and attended the date with his "radar buzzing" but wasn't expecting a group date.

"The guy sitting next to me then says 'I'm not actually her cousin... I'm just the first date and you are the second date.'"

"You're date number two and like 10 more guys are invited," the first date explains.

Despite the odd situation, he said he felt "grateful" to be one of the first dates to arrive as he was able to get a conversation with the girl.

Viewers of his TikTok were split on whether the woman's actions were genius or crazy.

"Has she just created her own wee Love Island?" one TikTok user asked.

"I don't know if I'm jealous of this move, or it's insane," wrote another.

"She made a diy [sic] Bacehlorette episode," another said.