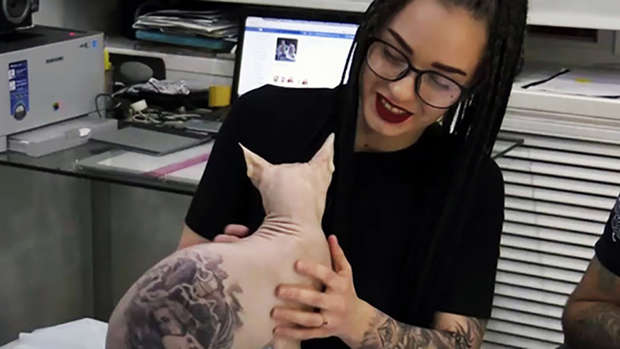 A body arts fanatic has been condemned by animal rights activists after he covered his Sphynx cat in gangster tattoos.

The man, named only as Aleksandr, did the tattooing himself on his pet, which he calls Demon, in the city of Yekaterinburg in central Russia's Sverdlovsk Oblast region. 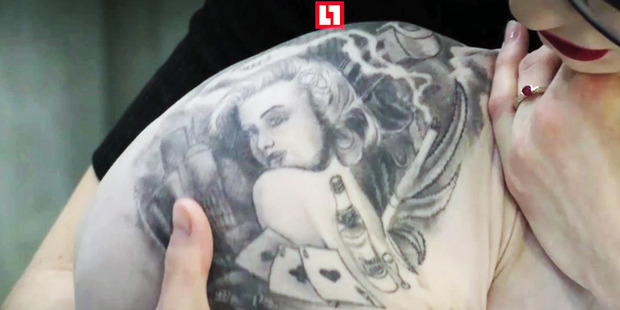 Aleksandr, who has 10 tattoos on his own body, has given his virtually hairless pet four major tattoos on its sides and chest.

He said that he had to give Demon an anaesthetic so that he could stand the pain of the ink needle and admitted that he might not have been doing the right thing.

Aleksandr said: "Of course I feel pity for doing it to him. It's not like he wanted to do it himself. He has a different skin, so tattoos are applied differently.

"I hope it is not too bad for him, it is not his first tattoo. Usually he feels fine and recovers from the anaesthesia pretty fast."

The tattoos that Aleksandr chose for Demon are of the type typically worn by criminals in Russia, including representations of a prison tower, a pretty woman and a cigarette. They are often used to denote the seniority of the member of a criminal gang, how long they have served in prison and the seriousness of their crimes.

Animal activist Yelizaveta Skorynina condemned Aleksandr for putting Demon through the pain of the ordeal for no reason other than his own vanity.

She said that the skin of Sphynx cats was extremely sensitive and that giving the pet an anaesthetic was also an unnecessary risk.

Ms Skorynina added: "The drug turns off the movement of the cat, but the brain is still working. If he does it frequently, it could affect its heart."

However, another local tattooist, Aleksandr Purtov, defended his namesake, saying that what he had done was no worse than a farmer branding his livestock.

"It is an old practice, this is why I am neutral to it," he added.

Sphynx cats were developed through selective breeding and are known for their lack of fur but are not completely hairless.