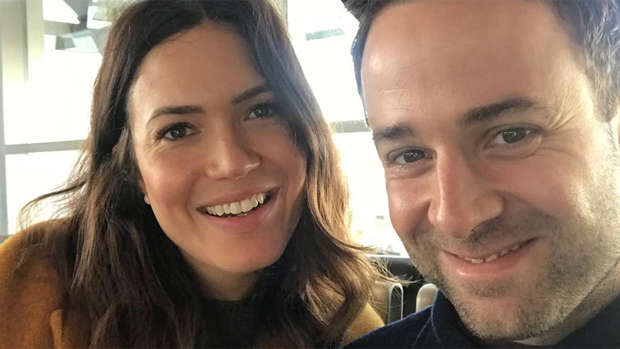 Mandy Moore has become a mother for the first time!

The This Is Us star welcomed the arrival of her baby boy Gus with her husband, Dawes singer Taylor Goldsmith, introducing him in a sweet post on Instagram.

"Gus is here," she wrote alongside a photo of her newborn. "Our sweet boy, August Harrison Goldsmith. He was punctual and arrived right on his due date, much to the delight of his parents."

"We were prepared to fall in love in all sorts of brand new ways, but it goes beyond anything we could have ever imagined," she added.

Earlier this year Mandy revealed that she was "fully prepared to have surgery" in order to have a baby.

After failing to fall pregnant, Mandy went to see a fertility doctor and was told that she was suffering from suspected endometriosis - a medical condition that affects the tissue of the uterus and can cause infertility.

But after being given that diagnosis the 36-year-old actress was ready to do whatever it took to be able to carry a child.

Speaking to Romper in January, she revealed: "I was fully prepared to go have surgery and fix my uterus and hopefully get rid of the endometriosis, if it was there.
"It was nice to have a plan and to know 'OK, well this is why I haven't been pregnant yet.'"

It was from her appointments with fertility specialists that Mandy ended up getting pregnant after she was told she was ovulating during one appointment.
After being informed she was ovulating but that she only had a small chance of conception due to her condition Mandy took matters into her own hands and "lo and behold" she ended up with a positive pregnancy test.

Mandy - who has been married to Taylor since 2018 - previously admitted that she felt fortunate to have been pregnant during the coronavirus pandemic because she had been suffering with bad morning sickness but was able to cope with the pregnancy side effect because she was at home and not working.
Speaking back in November, she shared: "I don't know how women do it.

"I literally woke up and was sick all day long. I couldn't eat, I lost a bunch of weight. I just stayed in bed all day.

"But luckily, I know that's not the case for everybody, that it sometimes can persevere for the entire pregnancy."