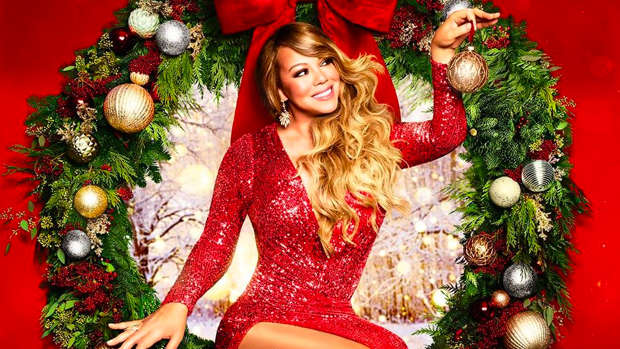 Mariah Carey is to have her own Christmas special on Apple TV+.

The All I Want For Christmas Is You hitmaker's one-off special, titled Mariah Carey's Magical Christmas Special, will premiere on December 4 and will feature a number of special guests including the likes of Tiffany Haddish, Billy Eichner and Ariana Grande. Jennifer Hudson, Snoop Dogg, Jermaine Dupri, Misty Copeland, Mykal-Michelle Harris and even Mariah's twins, Moroccan and Monroe will also appear.

The Apple TV+ special follows the story of a crisis at the North Pole, which can only be helped by Santa's favourite Christmas helper - Mariah Carey herself. The "undisputed Queen of Christmas" must jump in in order to save the day, with the help of her special guests.

It will also be released alongside a soundtrack, exclusively on Apple Music. It features Mariah's song Oh Santa!, where she will perform alongside Ariana Grande and Jennifer Hudson. The music video will be revealed on the same day on Apple Music.

Elsewhere on the soundtrack, classical tracks will be reinvented including Sleigh Ride, with features across the soundtrack from Snoop Dogg and Dupri.

Meanwhile, Mariah had previously confessed that the success of All I Want For Christmas Is You has been more of a "gradual thing" over the years.

Of her famous track, she shared: "When it first came out, it was more of a gradual thing. It was popular, but it didn’t have what it has now. I feel like people have grown up with the song and it’s become a part of people’s lives in terms of the way they celebrate the holidays. That makes me feel really proud as someone that loves Christmas so much."