Jonesy wouldn't give them a hand, but the Kiwi boys who starred in Mitre 10's famous DIY ad have reunited to finish the job.

In 2008, Mitre 10 released a popular Do It Yourself TV ad featuring two 'Kiwi blokes' and a young boy posing as an Australian tradie.

Not only did they put up a retaining wall, but Mitre 10 have put the trio back together in a blast from the past.

Taking to Facebook, Mitre 10 announced: "She was a pretty big job getting the boys back together. Jonesy too."

Their caption was accompanied with a photo of the two Kiwi tradesmen as kids - and now reunited as adults 12 years on.

Both boys have now grown up, and it appears they've let their hair grow out as well.

Fans of the ad took to Facebook to marvel at the successful ad and reunion.

"Still laughing. Awesome kids awesome young men I would think. The best ad ever, we still say 'pretty big job' with our grandkids," one person wrote.

Another said: "Handsome lads. And one even wore the tool belt!"

Jonesy's mum weighed in following the reunion, saying it is a "bonus" they could catch up after all these years. 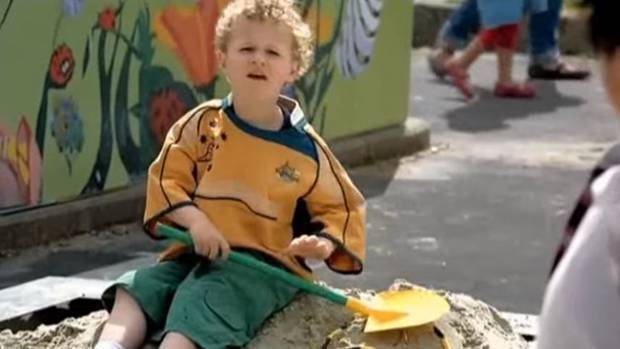 "Proud to be Jonesy's parents - a great experience for the boys back then and a bonus for them to catch up now," she wrote.