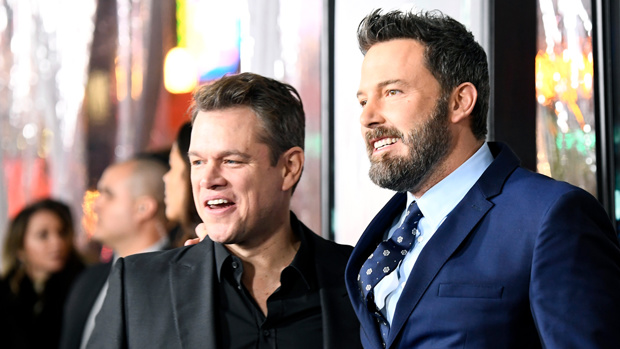 Matt Damon has let slip what he thinks of Jennifer Lopez and Ben Affleck's romance.

The actor was on the Today show to promote his new movie Stillwater and faced a grilling on the headlines about Affleck, 48 and Lopez, 51.

Initially, Damon was tight-lipped on his pal's love life despite being probed by the talk show's hosts.

"There's not enough liquor in the world for you to get me to say something about that," he said.

“I love them both. I hope it’s true. That would be awesome.” -Matt Damon on speculation that Jennifer Lopez and Ben Affleck have rekindled their relationship pic.twitter.com/GPbmZX9fQT

And he let the show know the headlines were the first he had heard about the romance.

"I was sitting here waiting to come on TV. It's the first time I heard about it," he said.

But he did let the world know how he feels about the rumours.

Affleck and Lopez set rumours flying since they have been spotted together multiple times over the past month and sources recently told E! News about the pair.

"Ben reached out to her to see how she was doing and they had dinner together a few times within this last month," one said.

"It's natural between them and the chemistry is unreal. They picked up where they last left off, and are enjoying each other's company right now."

And a source told People about how things are going between them after they were spotted together in a car in Montana.

"Jennifer spent several days with Ben out of town. They have a strong connection. It's all been quick and intense, but Jennifer is happy," they told the outlet.

Affleck and Lopez were together in the early 2000s and were engaged before breaking up in 2004.