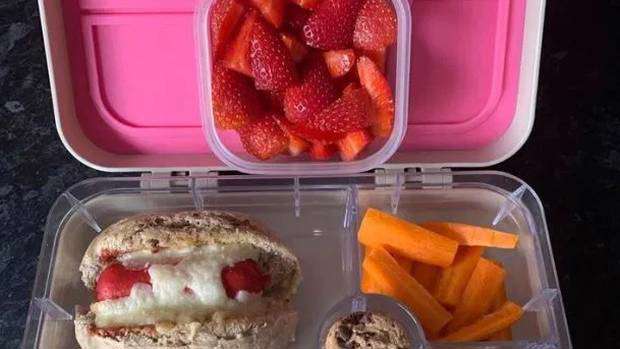 A mum who packs her kid's lunch box three days ahead has fought back after fellow parents shamed her for feeding her daughter "stale food".

The mother of two recently posted snaps of her meal prep efforts on Facebook, sharing that she had packed her 5-year-old's lunch box with a ham and cheese croissant, a roll, chips, a sandwich and pretzels, reports the Sun.

"Monday, Tuesday and Wednesday lunches done for Miss 5," she wrote in the caption posted to the Facebook group Lunchbox Mums.

Her photos and comments gathered hundreds of likes, but some were quick to point out that the lunch would probably go stale after a few days.

Some mums claimed they wouldn't eat a three-day-old sandwich - and certainly wouldn't feed it to their kids, despite her claims that all the food stays fresh in the fridge. "Any tricks to keeping biscuits/chips still crispy?" one parent asked.

"I have tried prepping lunches like this and the little one says they are soft and soggy because I put them in the fridge."

Others weren't so friendly, and said they managed to juggle multiple kids and fulltime work, and still had time to make fresh lunches each morning.

"No matter what I have on each day I still pack their sandwiches that morning," one wrote.

"I often get other stuff ready the night before but never their sandwiches," said another.

"And as for judging I don't think you should judge my time either … Last year I was working 11 hours some days then on top of that feeding animals for an hour each morning and afternoon but still managed to pack lunches each morning."

"Don't worry, I do four lunches every morning. I wouldn't eat three-day old sandwiches so wouldn't expect the kids to eat it lol," she continued.

The mum refused to take criticism for her efforts and hit back saying she's never had a complaint from her kids.

"I eat a three-day old sandwich, my girls never complain and I always check, please don't be so quick to judge," she wrote.

"I feel some of these people are under the impression I make my child eat food that doesn't stay good!" She added that she doesn't pack some of the food, like popcorn and apples, until the night before.

Other mums joined the debate saying that it would be well to remember that even restaurant food is rarely fresh.

"I hope all these people commenting about not eating sandwiches that have been made three days in advance never eat at restaurants, like ever," one wrote.

Another commented: "Your mind would be blown with how far in advance food is made or how long some food has actually been sitting in the cold room before it makes it on to your plate."

After the online abuse, the meal-prepping mum said her confidence had taken a knock and it was unlikely she'd post again.

"Yes I make my children's lunches in advance [I do the same for my work lunch], and while this might not work for some people as some can juggle lunches the night before or the morning of, shouldn't give anyone a reason to judge someone who does it differently.

"Or try to think they are doing any better as they can do it in the morning. If you don't like the way one person does something, simply keep your opinion to yourself."