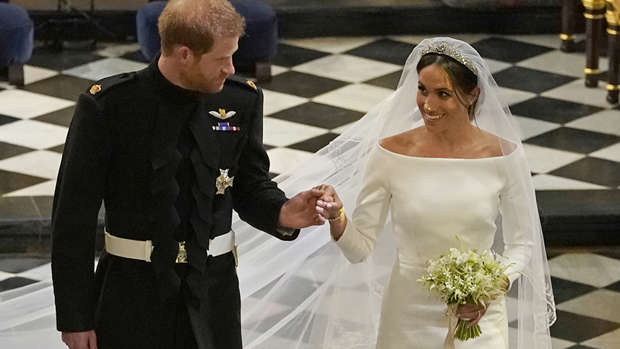 For the thousands standing in the crowds outside Windsor Castle, the moment Prince Harry and Meghan Markle flew past in their royal carriage was a fairytale ending to the modern-day love story.

Cheers erupted and flags were waving and camera shutters went crazy as the newlyweds flew quickly past in their horse-drawn carriage around the royal borough of Windsor, on Saturday afternoon.

The Markle family dramas of the week gone past, a distant memory in most people's minds, as the focus shifted back to the royal wedding celebrations.

For one Kiwi woman - who spent almost as much time in the air, as she did on the ground in the United Kingdom - said her whirlwind trip to witness the new Duke and Duchess of Sussex wed was a "euphoric" day. Elaine Sutherland, who lives in Cairns, had spent almost 32 hours and $2000 getting to London – just for the wedding day.

"I'm just so excited, it's amazing," she told the Herald on Sunday. "The weather is just perfect, it's a fantastic day to get married.

"Good on ya Harry." Sutherland, originally from Waima, Hokianga, secured herself a spot along the Long Walk and got a glimpse of the newlyweds as they sped past on the way to their private wedding reception.

Sutherland said, aside from her husband, and her employers, no-one knew of her solo trip to Windsor.