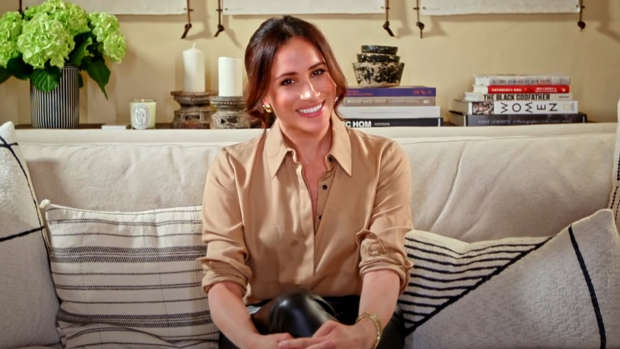 The Duchess of Sussex made a surprise appearance during the America's Got Talent finale.

The former Suits actress - who was known as Meghan Markle before tying the knot with Britain's Prince Harry in 2018  - recorded a video message of support for the contestant, Archie Williams, which aired before the winner was unveiled.

Meghan - who has 16-month-old son, Archie, with The Duke of Sussex - said: "Just wanted to let you know that we’ve been so moved by your story and we’ve been cheering you on every week and it’s not just because we’re partial to the name.

"So, a very special message to you that I’ll probably be saying all of my life, but on this night it’s specifically for you: Archie, we are proud of you and are rooting for you, we can’t wait to see what you do. We’re in your corner, have a good night."

The talent show contestant was wrongfully incarcerated for 37 years in prison and was finally released last March.

Spoken-word artist Brandon Leake was crowned the winner of America's Got Talent.

Meghan's appearance on the show came after the royal couple made their first US primetime TV appearance on earlier in the week, when they appeared on ABC's TIME100 special, and during their segment, Meghan stressed the importance of the upcoming vote.

She said: "We're six weeks out from the election, and today is Voter Registration Day.

"Every four years, we're told, 'This is the most important election of our lifetime.' But this one is. When we vote, our values are put into action, and our voices are heard."

And her husband urged viewers to think carefully about how they engage with one another online ahead of the election, which takes place on 3 November.
He said: "When the bad outweighs the good, for many, whether we realise it or not, it erodes our ability to have compassion and our ability to put ourself in someone else's shoes.

"Because when one person buys into negativity online, the effects are felt exponentially. It's time to not only reflect, but act.

"As we approach this November, it's vital that we reject hate speech, misinformation and online negativity."