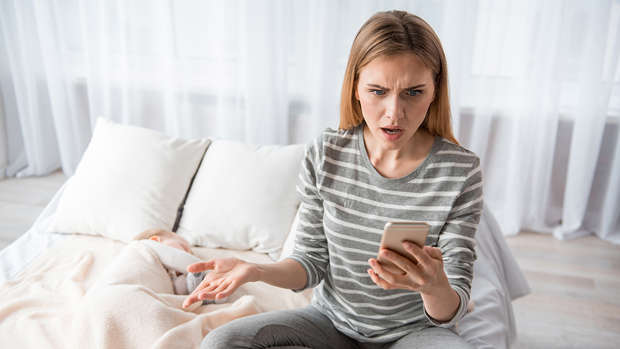 A Sydney mother is "fuming" after receiving an "unbelievable" note about her parenting in her letterbox.

The new mum shared a photo of the letter on Facebook, where the next-door neighbours complained about her baby crying during the night.

"We would have called you but we are never sure when you are around," the note reads.

"We just wanted to let you know that unfortunately, we have had a number of disturbed nights sleep recently due to the thinness of the walls between our units."

The neighbours added while they don't have kids of their own they're sure "it's not at all easy to soothe a crying baby".

"We really would appreciate anything you can do to help us get more sleep, particularly during the early hours," the note reads.

"Thank you for your consideration of this. I am sure we all look forward to more undisturbed nights' sleep." 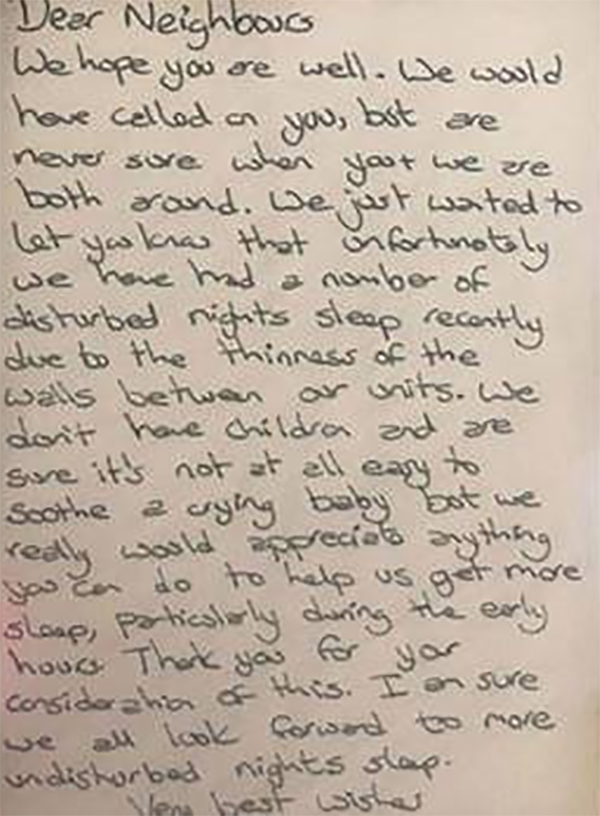 The letter appears to be signed off with the senders' first names and unit number.

Many commented on the post, with some believing the letter wasn't the best course of action.

"Wow, the audacity," one woman wrote.

Another said: "As if it (parenting) isn't hard enough."

One person suggested buying the neighbours earplugs while another wrote, "they can always move".

Another added she would be "fuming" if she received a similar note.

However, others sympathised with the neighbours and believed they handled the situation well by writing a letter.

"Why fume? This is the most polite note possible," one woman wrote.

"They're obviously paying attention to maintaining good neighbourly relationships so I don't think a rude response would be helpful to anyone.

She recommended that the mother have a coffee with her neighbours and discuss the issue face to face.

Another woman added the parents needed to show empathy.

"They're losing sleep and they're not the ones who chose to have a baby," she wrote.