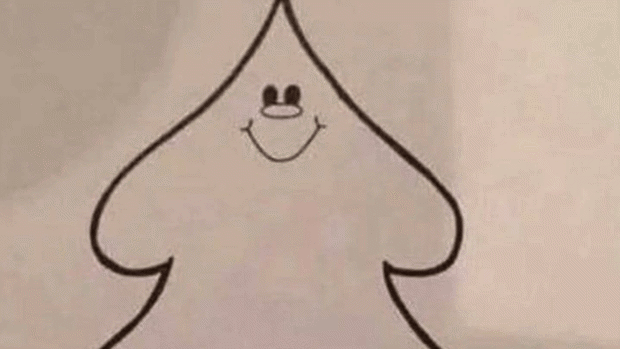 A mum has left the internet in stitches sharing her son's hilariously rude response to his Christmas themed art homework.

But while some Reddit users found his answer hilarious, others were quick to point out that the boy was in fact not wrong - but it probably wouldn't get an A+ from his art teacher.

The question on the homework asked the student to "Draw balls on the tree" and featured a picture of a Christmas tree with a happy smiling face.

It appeared to be a simple colouring-in project where students could colour in and add balls to the tree and maybe some extra flare. 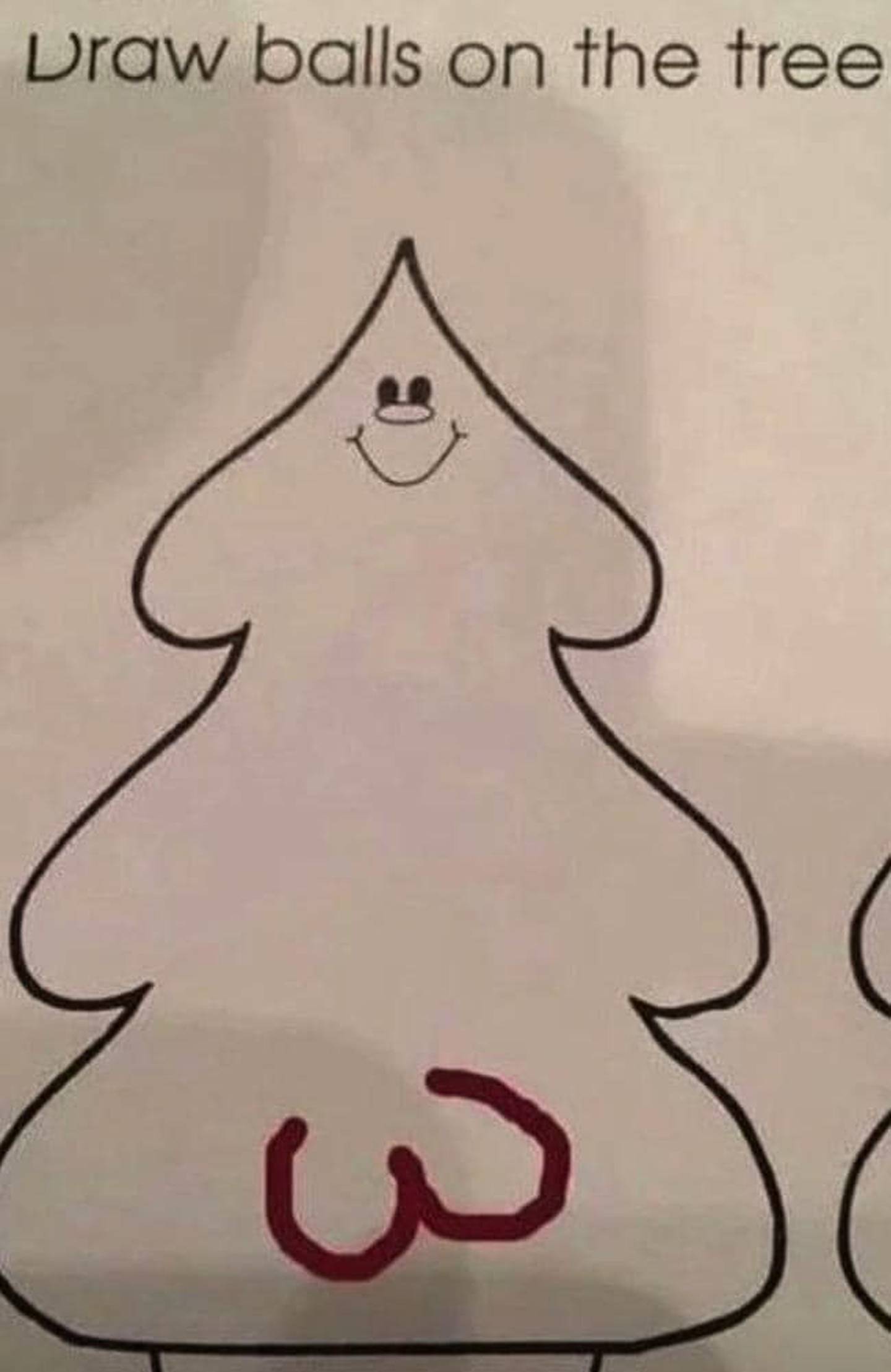 However, one student took the task very literally, drawing in a pair of testicles on to his tree and calling the task complete.

The child's mum found the artwork so funny that she shared the homework fail online, with Reddit users arguing that the kid was a bit rude, but not wrong in his interpretation.

"To be fair, the tree has a face," one noted. "Logic demands that he also needs balls."

Another pointed out a better word that could have been used: "The child did as instructed … the word needed was 'baubles'."

And a final Reddit user made a rude joke of their own: "Where else would the sap be stored??"

This article was first published on the  NZ Herald and is republished here with permission.