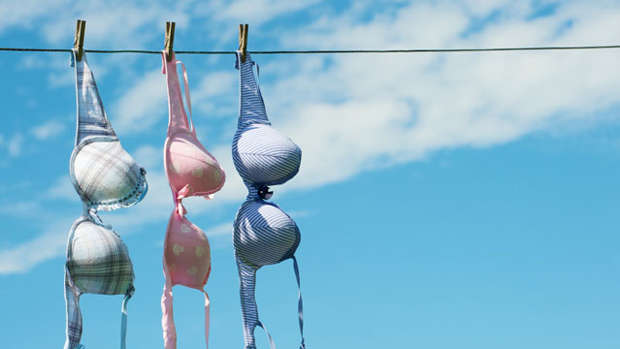 When Laura Milatos was shopping at her local Marks & Spencer she was absolutely shocked to see padded bras being sold for children.

Milatos took to Facebook to share a photo of the underwear, alongside the caption: "Shame on you Marks and Spencer for selling padded bras to children."

According to the retailer's website, they sell a range of undergarments called 'Angel First Bras', which include training bras, moulded and non-padded bras for children.

The website also includes the quote "Make buying their first bra special with our Angel range."

Milatos believes the products send a damaging message to children and she doesn't want to give her daughter the idea "bigger boobs are better."

READ MORE:
• This bizarre push-up bra doubles as a wine holder
• The average cup size of womens breasts in Australia has been revealed - and it may shock you!

"I want her to grow up knowing having a flatter chest is fine. The fact it was placed in the middle of the children’s section just sends children the wrong message."

Marks & Spencer have defended the product, saying: "There’s no fixed age when girls should start wearing a bra; what matters is that they’re able to access the right style to deliver comfort, support and modesty to a developing body."

What do you think? Are the bras inappropriate?