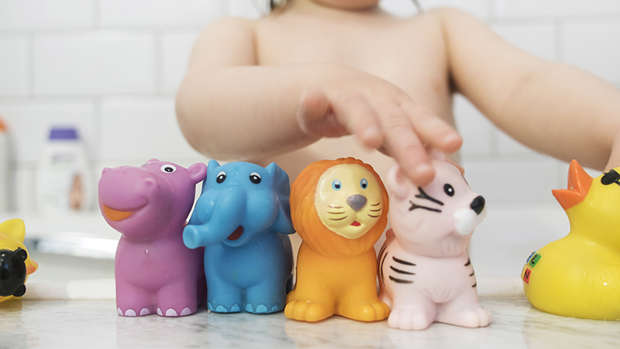 Bath time with your babies is a great opportunity for you both to bond.

But what about when they're older?

One mum has been slammed after admitting she still take baths with her 10 and 11-year-old sons.

Discussing her bath time ritual on UK TV show 'This Morning', Lauren Libbert revealed she aims to have a bath with her sons at least once a week.

"If they’re happy with it, then we’ll have a bath together maybe once a week. This isn’t a big issue in our house at all, it’s something we’ve been doing for years," she shared.

"It’s something which is really enjoyable. I’ve got a very tiny bathroom but we’ll all scooch together sometimes, the three of us. Sometimes we’ll just read a magazine, or sometimes we’ll just chat. We can be in there for 20 minutes or so. And we have no issues with that at all."

"We’ve been doing it for a long time, my boys are very comfortable with me being naked, with them being naked. It’s something we do in the house which is very normal."

READ MORE:
• This is what you should name your baby based on their star sign...
• New mum slams 'overbearing' mother-in-law over baby comment - but is she being unreasonable?

Viewers were quick to slam the mother following her controversial admission.

One commented: "Being naked so openly, it isn’t about body-shaming or being unnatural, it’s more about the confusion which could then lead on from that."

Another said: "Bathing with your 10 and 11 year old sons, in my opinion, is strange. I don't find anything wrong in being naked around your children, but bathing WITH them at that age? Nah, not for me!"

"This is utter nonsense.. Kids are cruel at times. One mention of this in school and that could be a life changer for her poor kids,” stated a third.

"Bathing with your parents when you're at the age of when puberty is starting is just weird!" agreed another.

But the mother-of-two continued to defend her choices, saying: "This is nothing to be ashamed of. This is just us being very natural, very happy."

She added: "I can’t see any reason why this would be wrong. What is shameful about our own bodies? Why should we be hiding it from each other?"