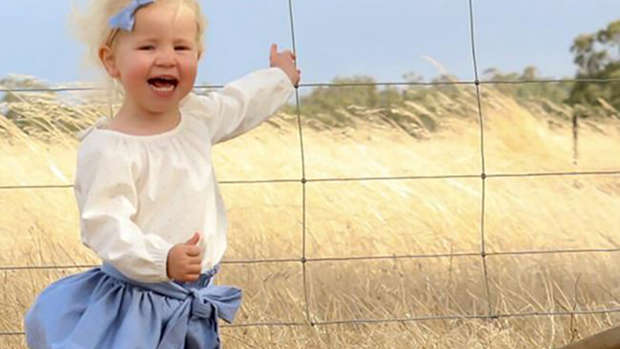 A mother taking photos of her two-year-old in outback Australia has snapped an incredible picture of a massive brown snake slithering past her daughter's leg.

Bianca Dickinson said she noticed something move during the photoshoot at the end of her driveway in Wimmera, Victoria, but assumed it was a piece of bark from a tree in the wind, the Daily Mail reports.

As her eyes adjusted, the mother was shocked to realise the movement was a two-metre Eastern brown snake, just centimetres from her toddler, Molly. 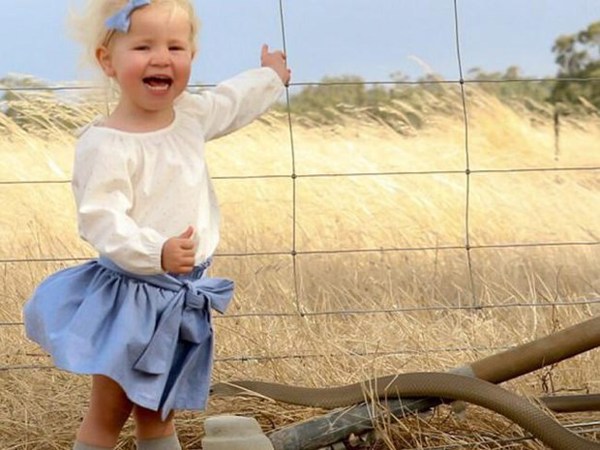 Ms Dickinson said every part of her wanted to snatch Molly out of harms way, but knew if she did, it could startle the snake.

"I think because I stayed still, she then stayed still and it literally just kept slithering past," Ms Dickinson said.

After she got Molly away from the snake, her other children asked her to check her camera roll to see if she captured the moment.

"Once I was home I checked my camera and found this shot," she said.

The incredible photo shows the enormous snake slithering over a pole and into the grass. 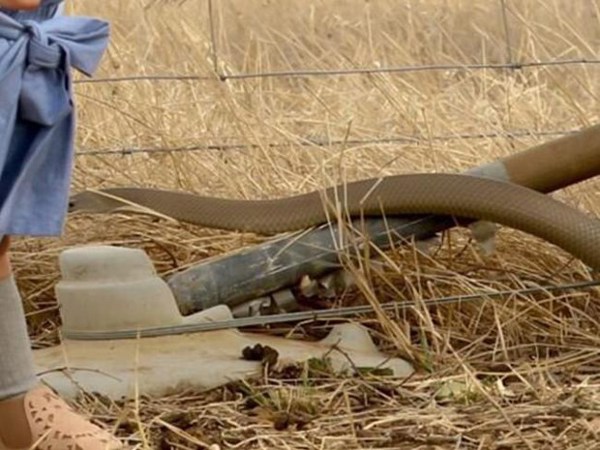 Ms Dickinson said Molly was "completely oblivious to the saga" and did not even see the venomous creature behind her.

"Me on the other hand ... I didn't sleep last night and I have just eaten for the first time since it happened," she said.

The Eastern brown is second most venomous snake in the world and is the responsible for most snakebite deaths in Australia.