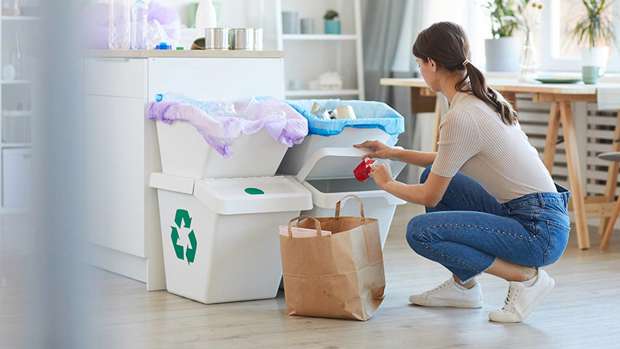 A creative mum has shared her ingenious trap for testing how long it takes for her children and husband to pick up rubbish from the floor and clean the house.

Taking to Facebook, the mum, whose name is Bec, was fed up at having to clean up after the rest of her family.

So she decided to take $5 and $20 notes to underneath pieces of rubbish left on the floor such as an empty toilet roll to see what family member would get the "Finders keepers" prize.

For days on end, the rubbish sat on the floor with no one picking it up or collecting their cash prize.

Taking to the Mums Who Clean Facebook page, she said the game currently isn't working, but will up the prize over time. "Clearly this game hasn't worked here yet ... maybe one day. (it was a couple of months between rounds)," Bec said.

"For now, I'll keep upping the prize money, knowing it's coming back."

After her initial post, she updated the group daily about the progress of the rubbish.

It took a whole week for her children and husband to find the money hidden in the rubbish.

Frustrated at the lack of action, she asked other mums for advice on how to get her children and husband to do more around the house. While some offered advice, others were praising her for her trick.

"You're a dead set genius," wrote one.

"This needs to be shared with the world," another said.

Others felt her pain, with one saying their children would find a way around the trick.

"My kids would probably pick it up, take out the money and throw it back on the floor and run around yelling excitedly!"