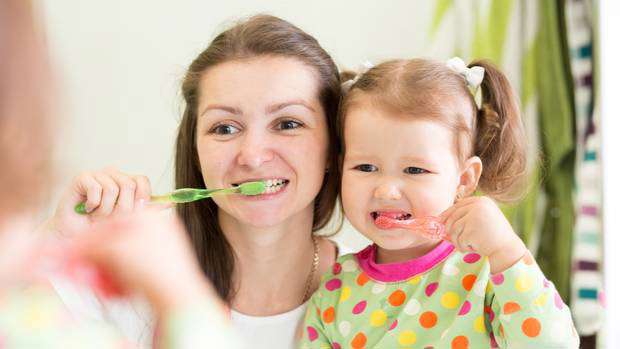 A UK mum who happened to read the fine print of a package of toothbrushes for young ones discovered one incredibly simple tip that most parents don't realise - at least judging by the responses to her viral Facebook post.

If you don't know this trick, it is likely that you have been using way too much toothpaste on your children's toothbrushes.

It turns out that the coloured bristles in children's toothbrushes are indicators of how much toothpaste you should put on them.

"Tell me I am NOT the only one who didn't know that the coloured bristles on children's toothbrushes are 'toothpaste indicators' that tell you where to put it and how much toothpaste to use," mother Holly Benn posted on Facebook.

"I have totes been using too much," she added.

Thousands of parents responded to her post admitting that they, too, had no idea about this.

"I don't think there's a single parent out there that knew this," a Facebook user commented.

"I knew it was pea size [amount]," wrote someone else, "and thought this colour code is just a design until I read this."

The post has been shared nearly 5000 times and received thousands of comments.