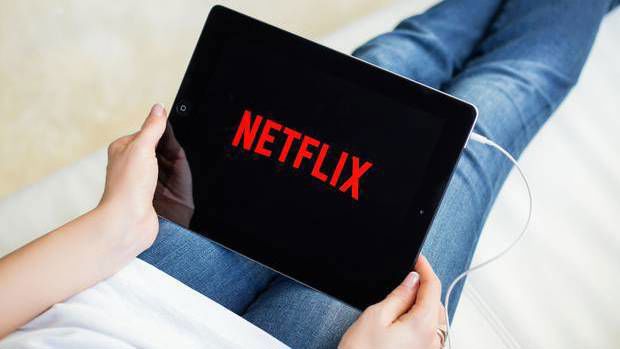 Call it "Netflix and bill".

The streaming giant is increasing its New Zealand pricing by up to 14 per cent, the Herald can reveal.

It's the latest in a series of price rises for various streaming services during the pandemic, which has brought a boom in audience numbers amid lockdowns.

The new rates will be rolled out "in the coming weeks" for subscribers, a spokesman for Netflix Australia-NZ confirmed.

The price of a Basic plan, which covers viewing on one screen at a time in standard definition, will increase by 8 per cent from $11.99 to $12.99 per month.

The price of a Standard plan, which covers two screens and adds high-definition quality, is rising by 9 per cent from $16.99 to $18.49.

And the pricing of a Premium plan, which covers four screens and adds ultra high definition (4K), Dolby Atmos audio, and the ability to download selected content to up to four tablets or phones, is being bumped by 14 per cent from $21.99 to $24.99 per month.

It's Netflix NZ's second round of price increases, following rises in August 2019.

"Members tell us how much they value the breadth and variety of catalogue, and we're updating our prices so that we can continue to invest in more shows and films," the Netflix spokesman said.

Netflix has filmed a number of series in New Zealand, including Power of the Dog, Cowboy Bebop - the production is rumoured to be heading offshore for its second season but Netflix had no immediate comment - and the Toa Fraser and Robyn Grace-directed Sweet Tooth, which was recently named in Netflix all-time viewership top 10.

Netflix shares were at an all-time high of US$638 in late Nasdaq trading today, giving it a market cap of US$282 billion.

Its growth has slowed as economies reopened, but in the second quarter the streaming giant still added 1.5m subscribers for a new high of 213m worldwide as it made a US$1.35b profit on US$7.34b revenue for the three months to June 30.

But a well placed insider told the Herald that "if you divide the Roy Morgan [total viewership] numbers by the NZ average of 2.7 people per household, you're pretty close" - implying there are around 793,999 paid Netflix accounts in NZ.

Sky recently reported it had a combined 393,000 active subscribers between its Neon, Sky Sport now and RugbyPass streaming services, of a total customer base of 990,000.

An outbreak of price increases

It's been a year of price hikes for streamers.

Mid-May, Sky increased the price of Neon by 15 per cent to $15.99 a month. The move followed Sky's purchase of Spark's Lightbox service, which was rolled into Neon.

In February, Disney increased the price of Disney+ by $3 to $12.99 per month as it added more general content from its new "Star" online brand.

And in August last year, after winning domestic cricket rights, Spark increased the price of Spark Sport from $19.99 to $24.99, though some Spark customers can still get the service at its old rate.

Amazon's Prime Video remains the cheapest of the pack, on $8 per month - the same price as when it launched in NZ in 2016. Amazon recently bought Hollywood studio MGM - which includes the James Bond franchise - for $9 billion in a bid to bolster Prime Video content. Next year the first season of Amazon's $1b Lord of the Rings series - the first series of which was filmed in West Auckland - hits Prime.

There have also been changes on the free streaming side of things. In June, the state-owned TVNZ made the hard-nosed decision to pull its content from Freeview OnDemand, which was set up collectively by free-to-air broadcasters as a one-stop-shop.

TVNZ content, and offshore shows it has rights to, now appears exclusively on TVNZ OnDemand.

"They are completely in their rights to do this and TVNZ On Demand has been a real success but I do feel aggregation has been a key differentiating factor for Freeview," Freeview chief executive Jason Foden told the Herald soon after TVNZ's move.

Other streaming services by comparison: