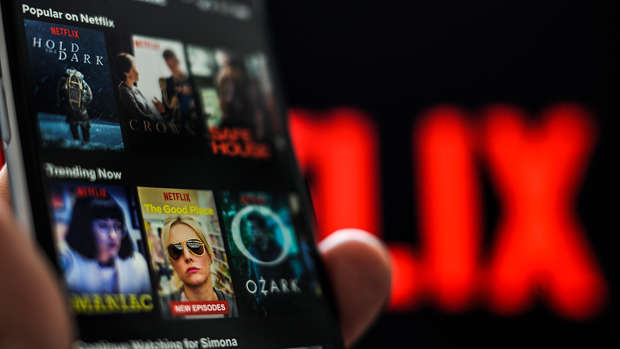 Netflix is adding a new feature to try to make it easier for you to stay culturally relevant by letting you see the shows people are actually watching.

While the streaming video on demand (SVOD) platform has long had a trending side scroller to show what titles have received an up-tick in interest (usually titles that have just been added to the service), the new feature lets you see what people are actually watching the most.

In essence, it's the same as the wall of top-selling titles in a book shop (if you can find one of those) or the most streamed songs chart on something like Spotify or Apple Music.

The ranking row will appear on your Netflix home page but not necessarily at the top.

It will show up where the Netflix algorithm thinks you'll want to see it based on what's in the row and how it matches with the titles it's been programmed to think you'll like.

A badge will also appear on the image for a movie or TV show if it's on the top-10 list that day.

The company announced the new feature in a blog post earlier this week.

Netflix director of product innovation Cameron Johnson said the company had been testing the feature in Mexico and the UK for the last six months and would now roll it out more widely around the world.

"We're constantly looking for ways to make Netflix better. It's why we've been experimenting with top-10 lists," Johnson said.

"When you watch a great movie or TV show, you share it with family and friends or talk about it at work so other people can enjoy it too. We hope these top-10 lists will help create more of these shared moments while also helping all of us find something to watch more quickly and easily."

1. From today, there's a new feature on Netflix
2. It's not a randomize button
3. Sorry
4. It’s The Top 10 Row!
5. The lists will update daily to show what's popular
6. They’ll be broken into three categories:
7. Netflix overall
8. TV shows
9. And films
10. And it looks like this pic.twitter.com/pvxXsHsu3O

Netflix will finally allow you to see the shows other people are actually watching, but it's unlikely to change its policy on not sharing viewership statistics.

Because Netflix doesn't sell ads there's nothing to be gained by sharing how many people watch its content, particularly the Netflix Originals titles it produces.

While still dominating, Netflix has been under significant pressure in recent years as more players enter the SVOD market.

This includes content giants like Disney as well as more traditional "tech" companies like Amazon and Apple who it would have been hard to imagine getting into the movies and television business a decade ago.

These companies are forced to fight over content, which is prompting increased investment in producing their own.

But the big winners on streaming platforms remain shows like The Office, Friends, and Seinfeld, with deep back catalogues and a comfortable familiarity that makes them more attractive for binge-watching than taking a risk on a new show.

A top-10 list will make it easier for viewers to quickly race through the shows everyone is talking about before the month's subscription renews but risks creating the same sort of "monoculture" as the algorithmic playlists that have brought some recent criticism to Spotify.