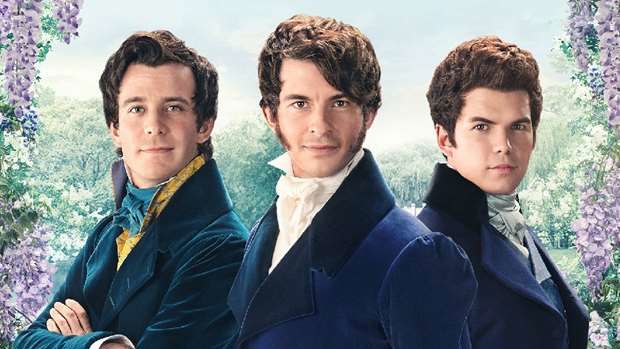 The Netflix period drama has reportedly signed up Sex Education actress Simone Ashley to star as Kate Sharma opposite Jonathan Bailey (Anthony Bridgerton) for the highly anticipated second season of the period drama.

As reported by Deadline, Simone will play the character's love interest Kate, a new arrival in London and a smart, headstrong woman who isn't to be messed with.

Series two is set to explore Anthony's pursuit of a suitable marriage, which comes from Julia Quinn's second 'Bridgerton' novel, The Viscount Who Loved Me.

Quite the juicy bit of gossip, dear readers... This author is certainly looking forward to many a column covering Miss Kate Sharma 🐝 https://t.co/jOxQRcw0Gx

Simone's character is called Kate Sheffield in the book, although the upcoming season will continue producers' efforts to create a diverse cast.

Kate and her family are of Indian descent, with bosses keen to continue their reimagined, multi-racial world in London's high society in the 1880s.

In the first season, there were several major Black characters including the Duke of Hastings - played by Rege-Jean Page - as well as Lady Danbury (Adjoa Andoh) and Queen Charlotte (Golda Rosheuvel).

Simone - who played Olivia Hanan in Netflix's Sex Education comedy-drama - and Jonathan will be series leads, with focus taken away from Rege-Jean and Phoebe Dynevor's  (Daphne Bridgerton) characters, and filming is set to start this spring.

He said: "We have a bunch of new characters we are going to be introducing.

“Anthony is going to have a love interest next season, and I think it’s going to be as sweeping and moving and as beautiful as viewers of the first season have come to expect from the show.”

Viewers will be expecting the story to focus on Anthony's quest for love, after he told Daphne and Simon of his plans to find and declare his "intentions" to his "new viscountess".

Show boss Chris added: "We left him at the end of the first season at a bit of a crossroads, so I’m looking forward to jumping in and discovering how he fares on the marriage market."