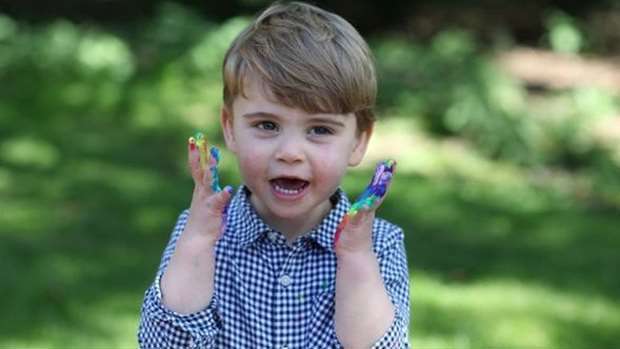 The Duke and Duchess of Cambridge have released a previously unseen photograph of Prince Louis, to thank royal fans for the birthday wishes.

The photo, taken by Kate, shows the blonde 2-year-old grinning for the camera. He also bears a strong resemblance to his father Prince William, at the same age.

The photo was sent to fans to thank them for wishing Louis a happy birthday.

The picture was printed on the back of a thank you note from the Duke and Duchess of Cambridge.

"The Duke and Duchess of Cambridge appreciated your kind thought in writing to Prince Louis as you did on the occasion of his second birthday," the note read.

"This was greatly appreciated by Their Royal Highnesses who send you their best wishes."

The photo was taken at Anmer Hall, the Cambridges' Norfolk home.