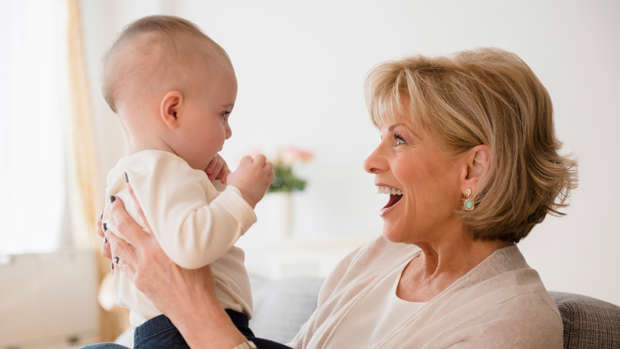 A mother has taken to a parenting forum to complain about the "overbearing behaviour" of her mother-in-law - but other members criticised her for being unreasonable.

The Mumsnet user, known only as Babybarclay, complained that her husband's mother referred to their newborn as "my baby".

She asked other users on the forum if she was being unreasonable for getting annoyed whenever her mother-in-law would use the phrase - and was hit with huge backlash, the Daily Mail reports.

Many insisted that it was just an affectionate phrase and the older woman was just enjoying being a grandmother.

Babybarclay, who did not give her real name, said it annoys her because the child is her first baby.

She wrote: "She constantly refers to my baby as 'our baby'. This annoyed me a bit as I grew up with a lot of children and it's my first baby so it's a big deal for me! Yes, she is the grandmother and it's her family too so I brushed the 'our' bits off thinking I was being silly ... "But am I being unreasonable to get annoyed when she starts saying 'my baby my baby' when she's talking about ... well, my baby not hers?"

The mum said this wasn't the first example of her mother-in-law's overbearing behaviour.

She went on: "She's living quite a luxurious lifestyle travelling about a lot but gets annoyed when my husband doesn't ring on at least three times a week to say hi.

"When we got married my husband made a point of living in the same area as her so she wouldn't get lonely ..."

Other Mumsnet users were unsympathetic to her woes, with many telling her that she was overreacting.

OohMavis wrote: "Saying 'my baby!' doesn't necessarily mean she thinks your child is hers. Any more than me calling my nephew 'my little sausage' doesn't mean that I think he's a) mine, or b) a sausage."

"It's an expression. Really just not worth losing any sleep over," NewYearNewMe18 wrote.

TidyDancer said: "It sounds like you're looking for reasons to dislike her tbh. You are being quite precious about this. Sounds like a grandmother who loves her grandchild a lot - that's not a bad thing. Saying 'our baby' is correct really as well, it's a well-used term of affection for a baby in the family. Both my DCs (darling children) get called it."

However, others were a bit more understanding, with some saying that the same thing has happened to them.

Pencilhoarder wrote: "It's rude, MIL is not your friend and sounds nutty. Ask MIL which 'baby' she's referring to because clearly, she can't be meaning DC whose is yours and OHs (other half), and not hers by the simple fact of procreation.

"My DM (darling mother) does this too and it used to drive me bonkers! She'll say 'our kids' (hers and mine - obviously they're nothing at all to do with DH (darling husband)!!" RapunzelsRealMom said.