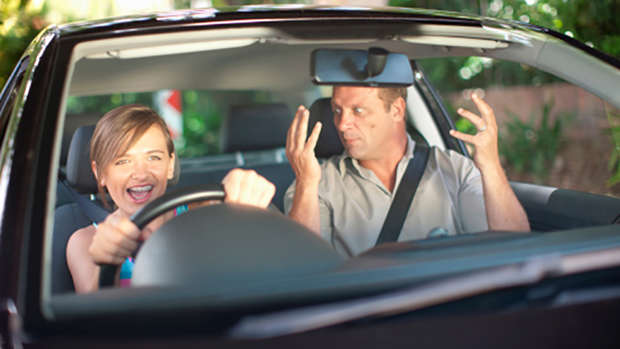 We always thought the eldest child was supposed to be the most responsible...

But according to a new study, by Privilege Car Insurance, first borns have been outed as terrible drivers!

The car insurance company - which looked at the driving habits of 1,396 motorists - found that 89 percent of older siblings are likely to speed, 47 percent cut off other drivers, and 46 percent hog the middle of the road.

But it doesn't stop there...

17 percent also admitted to applying makeup while driving, and 30 percent said they use their phone at the wheel.

Overall, younger siblings tend to be nicer road users, but the safest drivers are actually only children.

One very important point to note is: middle and youngest children are most likely to lay the blame on other drivers.

Whereas, eldest children admit to bad road etiquette... if there’s a good reason, such as being late.