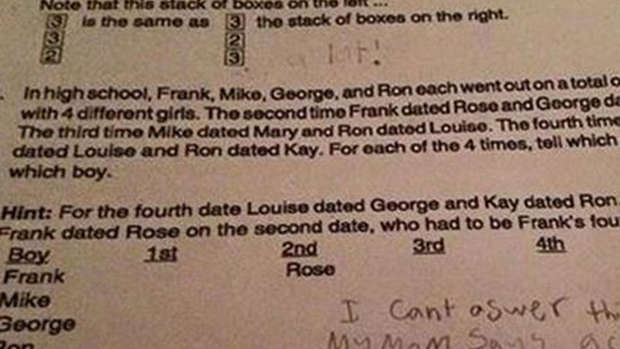 Maddy Douglas has become a hit online after her mum shared her hilarious response to a maths question.

The question stated: "In high school, Frank, Mike, George, and Ron each went out on a total of 4 dates with 4 different girls. The second time Frank dated Rose and George dated Kay. The third time Mike dated Mary and Ron dated Louise. The fourth time, George dated Louise and Ron dated Kay. For each of the 4 times, tell which girl dated which boy." 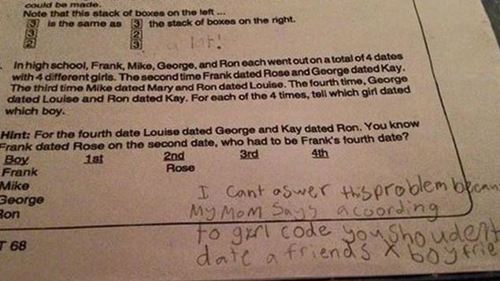 Rather than working out the answer as requested, Maddy instead opted for a "sassy" response.

"I can't answer this because my mom says [according] to girl code you shouldn't date a friends x boyfriend", Maddy wrote.