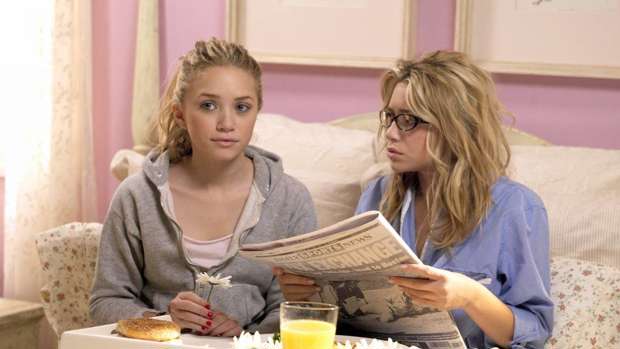 A 2004 interview in which Oprah asks the Olsen twins what dress size they are has been shared to TikTok and the "problematic" line of questioning has caused widespread outrage.

At the time the interview took place the twins were only 17 years old and Mary-Kate had been hounded by the press about her weight, with intense media speculation that the former Full House star was suffering from an eating disorder.

Later the same year that the Oprah interview aired, Mary Kate checked into a rehabilitation facility to seek treatment for a food-related health disorder.

The interview with Oprah certainly would not have helped Mary-Kate at the time, with the talk-show host pressing both twins to discuss the rumours.

"I know there's been a rumour that has recently surfaced that's really upset you," Oprah asks the twins in the resurfaced clip.

Mary-Kate and Ashley were both clearly taken aback by the question and a tense moment of silence was broken only by Oprah callously pressing: "You know, the one about the eating."

Mary-Kate was so thrown by the line of questioning she looked almost on the verge of tears, nervously tucking her hair behind her ear while her sister, Ashley, jumped in to rescue her.

The young actress then continued to try to address the awkward question.

"We try not to read the good or the bad because it just kind of comes with the territory. Either you're too fat or you're too skinny …" continued Ashley before she was interrupted mid-sentence by Oprah with one of the most inappropriate questions to ask any teenage girl, ever!

"What size are you by the way?"

"Size... ?" was all Ashley could say as she regained her composure before chiming in with an awkward rebuttal of "I'm Short", while Mary-Kate rambled a fairly unintelligible response to the horribly invasive question.

Then, it got worse. Oprah then decided to be sarcastic and dismissive, showing no sympathy for the twins or the complex relationship they clearly had with body image at the time.

Oprah quipped in a horribly sarcastic voice, to the giggling satisfaction of the audience: "Oh you're not sure? That's so interesting."

It wasn't funny then Oprah, and it definitely isn't now, with TikTok users erupting in rage.

"Oprah was so problematic," remarked one user. "This was handled so poorly," cried another.

"What the hell is wrong w Oprah (sic)," the outrage continued.

"Wow. That was messed up," another TikToker summed up the exchange perfectly.

It was really not okay. It is way past time to do better.