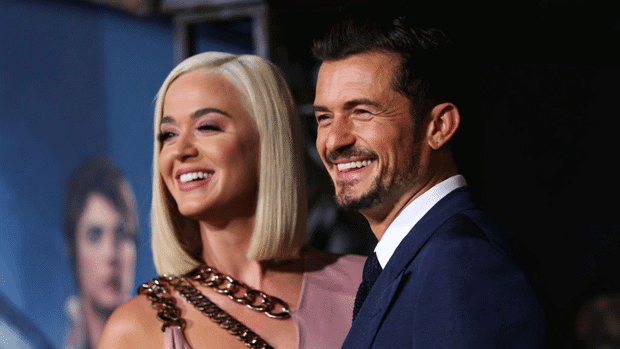 Orlando Bloom is the "baby whisperer".

The Lord of the Rings actor and his fiancée Katy Perry welcomed daughter Daisy into the world in August and the 43-year-old star – who also has nine-year-old son Flynn with ex-wife Miranda Kerr - has impressed the Never Worn White singer with how easily he is able to soothe the tot with a calming chant.

He explained on The Ellen DeGeneres Show: "When Katy was pregnant, I chanted to the baby with a Buddhist mantra which I have used since I was 16.

"So now I walk into the room and she hears my voice and she soothes a bit.

"And when I'm walking around with her I will chant in her ear and she likes it, she responds to it very nicely.

"Katy is a bit like 'what?!' It's like I'm the baby whisperer. I am definitely winning the daddy points."

The Carnival Row star admitted it’s been a "blessing" that Daisy has proven to be such an easy baby so far.

He said: "She's sleeping through the night. It's always a journey with little bubbas coming into the world. They have to get back to their baby weight in that process.

"She's now back to her baby weight and she's now sleeping from nine until six which is unbelievable. It's a blessing."

But Orlando has been left feeling "confused" by who his daughter looks like.

He said: "When she first came out I was like, 'Oh it's a mini-me.' Then, fortunately, she got those Katy baby blues which was perfect, and she sort of looked like my mum.

"Then I got a little bit confused because Katy’s breastfeeding this mini-me slash my mum, and who is she going to look like next?!"

The British actor also praised his son for how well he’s helped care for his new half-sister, explaining Flynn is "well versed" in babies thanks to his half-brothers, Hart, two, and 11-month-old Miles, who Miranda has with her husband Evan Spiegel.

Orlando said: "He's very well versed in little babies, his mum has a couple of little bubbas and he's the best.

"He's wonderful. We are all doing a lot of schooling remotely and have been at home a lot and there's been a lot of time for nesting and getting him to help take care of the baby – sort of!"