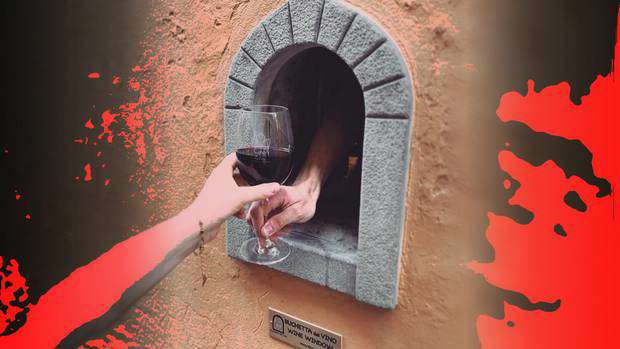 Quarantine, curfews and questionable cures have returned to Italian cities like throwbacks to the 18th century – however, one plague tradition has made a welcome return:

Tiny wine windows, small enough to fit a tipple through, are back in use in some tavernas. Hundreds of years old, they are designed to help patrons social-distance while they sip.

The buchette del vino or "wine windows" are a quaint tradition, with a macabre past.

Since the 1600s the pint-sized holes were carved into the sides of wine merchants. The tradition has survived black death, bubonic plague and other historic health emergencies. Now some are back in use because of coronavirus.

The use of the wine window is, quite literally, seeing a renaissance in Florence.

"Everyone is confined to home for two months and then the government permits a gradual reopening," the Wine Window Association website says. 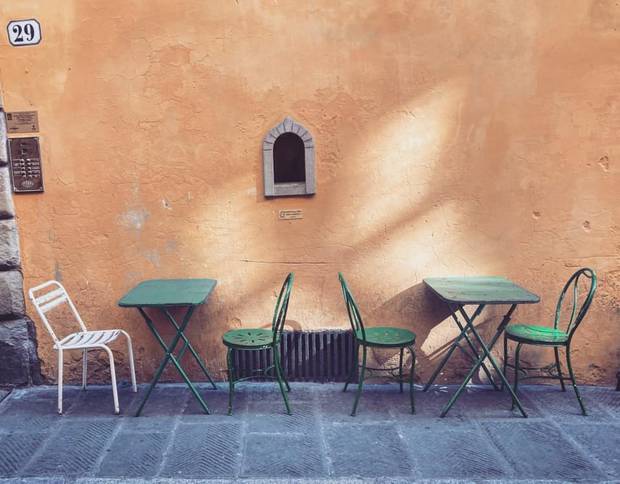 "During this time, some enterprising Florentine Wine Window owners have turned back the clock and are using their Wine Windows to dispense glasses of wine, cups of coffee, drinks, sandwiches and ice cream — all germ-free, contactless!"

The president of the Wine Window Association spoke with Travel Insider magazine to explain how - via the buchette - there is direct continuity for some of Florence's oldest wine producers and bars. In some cases the bars are still using the 1600s windows to defenestrate wine from wineries which were around for the first plague. 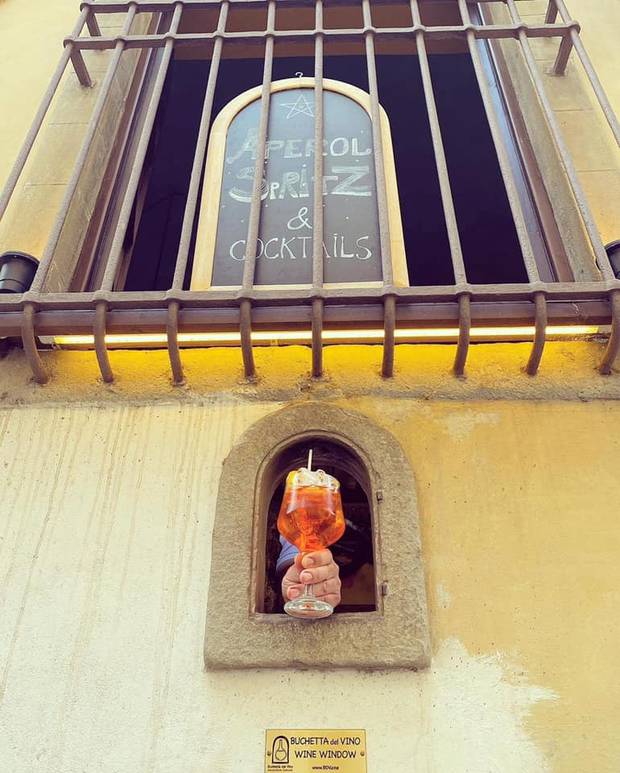 "People could knock on the little wooden shutters and have their bottles filled direct from the Antinori, Frescobaldi and Ricasoli families, who still produce some of Italy's best-known wine today.”

Though over 150 of these middle-ages wine dispensaries can be found throughout Tuscany, many have been permanently filled by concrete. A shame.

Elsewhere, some have been vandalised and others become mini grafittos and street art. However, it is the Wine Window Association's mission to revive the knowledge of what these windows once represented - even if they are no longer in use.

"The wine windows gradually became defunct, and many wooden ones were permanently lost in the floods of 1966," said Faglia, whose association has mapped out these forgotten relics throughout Italy's Chianti country.

The association has begun marking the holes with a small plaques to celebrate authentic "buchette del vino".

"We want to put a plaque by all the wine windows, as people tend to respect them more when they understand what they are and their history," he said.

Italy was badly affected by the Covid-19 pandemic, early on. Over the country has suffered 35,000 deaths, according to the World Health Organisation. However, the world has been moved by the camaraderie and bravery of Italy's citizens, who endured Europe's longest lockdown. 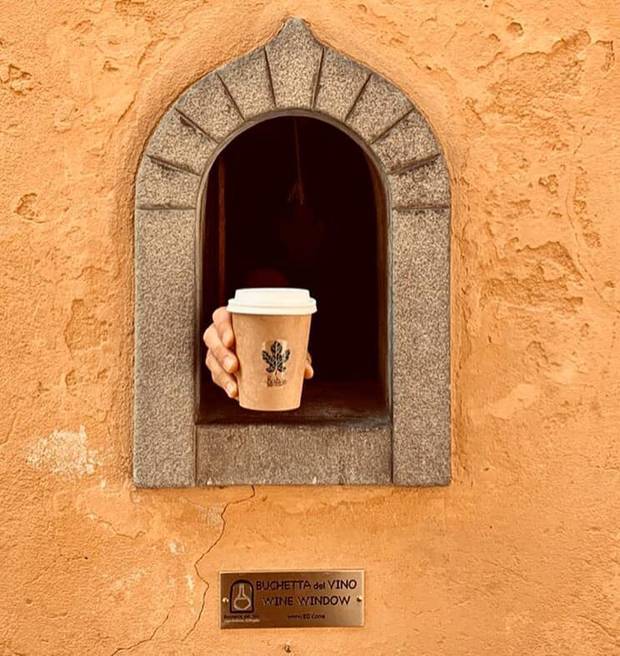 During which other proud Italian traditions have been revisited, including opera. In Florence, tenor Maurizio Marchini and his rendition of Puccini's music became a national symbol during quarantine, as he took to the rooftops to sing.

Recorded and seen over a million times online, it's a moving performance. Well, worth raising a glass to.