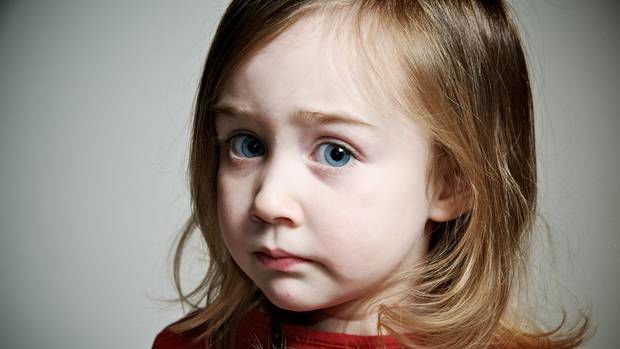 Parents have shared the creepiest things their children have said to them, in an array of chilling stories.

A Reddit thread asking parents to share their spooky experiences of their own children's creepy statements has gone viral and includes ghost sightings and murder threats.

Here are eight of the creepiest shared by horrified parents and caregivers.

1. "I overheard a little girl - referring to the new daycare employee - say, 'Her eyes are pretty. I wanna wear them on my charm bracelet," revealed one parent.

2. "One day, the girl I babysat was playing with her dolls, and she ripped the head off of one and put it in a box. I looked inside the box, and there were a whole bunch of stray heads in there. I asked her what she was doing this for and she replied, 'Practicing.' I never babysat her again," wrote Reddit user theofficialmistake.

3. "I checked the night-vision video monitor to make sure my 2-year-old daughter was finally asleep since I hadn't heard any noise in a while, and I saw her standing up in her crib. She then slowly bent all the way over in a way that looked humanly impossible, cocked her head, and said, 'Hi.' How did she know I was looking at the monitor at that exact moment?!" wrote a traumatised parent.

4. "When my sister was three years old, we were getting ready to go to our uncle's house for dinner. Well, she was being really fussy, so my dad asked, 'Don't you want to go to Uncle Dan's house?' She responded, 'No - I don't like the man in the ceiling.' We thought it was an odd thing to say, but didn't given it much thought...until a few years later, when we discovered that someone had killed himself in the attic back in the 90's," shared user thekkillers.

5. "One day, my son stared at the corner and asked, 'Why is that man watching us? And why is his head like this?' Then he yanked his head at a sharp angle, similar to how a hanging victim would look. Needless to say, it freaked me the f*ck out." wrote another.

6. "When my son was five years old, he told me he couldn't wait for me to die so he could have his own zombie. I've slept with one eye open ever since," shared another.

7. "My husband is a farmer, and late one night I took my 4-year-old and 2-year-old to the field to pick him up from work. Well, while we were waiting for him to finish up, my 2-year-old asked, 'Mommy, who 'dat man outside?' I responded, 'I don't see a man — is your Ken doll on the floor?' Then, my four-year-old piped up and said, 'He's right outside your door, staring at you. He's scary. He has blood on his face."

8. "When my nephew was five years old, he said he wanted to cut off my head, scoop my brains out, and use my skull to drink out of. He was laughing the entire time," wrote another.