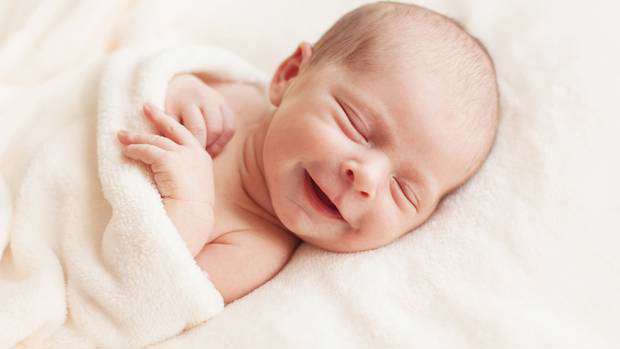 A UK couple went through a hell of a job to call their son Lucifer — another name for the devil that is banned in New Zealand.

Dan, 37, and Mandy Sheldon, 32, visited their local register office in Chesterfield, Derbyshire last week to name their four-month-old son when they tried to bar them from using it.

"We were really excited to go and get him registered but the woman looked at us in utter disgust," Dan, a plant hire company boss, told The Sun.

"She told us he would never be able to get a job, and that teachers wouldn't want to teach him.

"I tried to explain that we are not religious people, and Lucifer in Greek means 'light-bringer' and 'morning' but she wouldn't listen.

"She even told us that it was illegal to name a child that in New Zealand and that maybe we could name him something else but refer to him as Lucifer at home."

The couple, who were "gobsmacked" with the woman's behaviour, was then told to leave the room while the official checked to see if she was allowed to register the boy with the Satanic title.

"Eventually she did it, but it was through gritted teeth," Dan added.

"Honestly, we just thought it was a nice name . . . a unique one. We didn't expect to get so much grief about it."

Derbyshire County Council told the Sun: "We apologise if they were offended but it is the job of our registrars to advise in these matters as sometimes people are not aware of certain meanings or associations around certain names."

From 2001 to 2013, six sets of parents in New Zealand asked to name their newborns Lucifer, but all six requests were denied.

New Zealand added Lucifer to its list of banned names in 2013.

In 2017, German officials intervened when a couple in the city of Kassel submitted paperwork to name their newborn son Lucifer.

The country gives parents the right to choose any baby name, but the Government can get involved if the chosen name would endanger the child's well-being by exposing them to mocking and humiliation or by being offensive.

According to a court spokesperson, the parents changed their minds during a closed-door hearing and instead decided to name their son Lucian.

Iceland recently refused to add the name to its official register.

Meanwhile, in the US a whopping 26 newborn baby boys were named Lucifer in 2018.