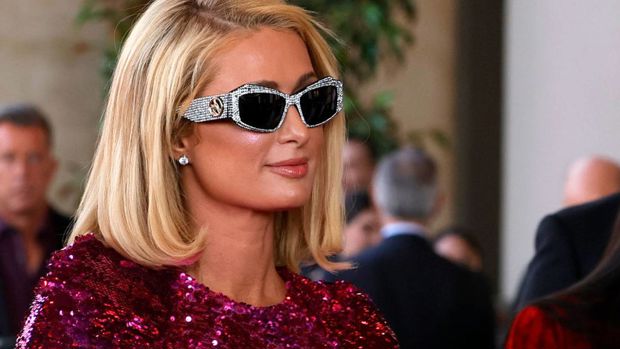 Paris Hilton has landed her own cooking show on Netflix.

The 40-year-old socialite and DJ has joined forces with the streaming giant for 'Cooking With Paris' - based on her YouTube video of the same name - which will launch globally with six half-hour episodes on August 4.

The show will see Paris, who is not a trained chef, invite her celebrity friends into her home as she tries to cook them a meal.

According to Variety, Netflix said that Paris will embrace her “very newly domesticated side,” while she “learns to sauté, sear and zest,” and show off her “culinary expertise (or lack thereof), glam kitchen wardrobe and party-throwing skills with some of her fab celeb friends".

Paris wrote on Instagram: "I’m so excited!! Next month I’m returning to television, and this time I’ll be taking over the kitchen! My new show #CookingWithParis premieres on August 4th, only on @Netflix. Stay tuned for more announcements!  #ThatsHotFire #ChefParis."

Paris will also executive produce the show, along with Aaron Saidman, Eli Holzman and Rebecca Hertz.

Meanwhile, Paris got engaged to Carter Reum earlier this year and not only will all their preparations for their big day feature in her new reality TV series, 'Paris in Love', she's also confirmed their nuptials will be part of the show too.

She revealed: "We just started shooting our new show, 'Paris in Love', on Peacock and we're shooting in New York just now, actually, and getting ready for the dress fitting and just planning the bachelorette party. There's a lot.

"So I'm really excited to share that with all my fans."

When asked whether or not the wedding itself will be televised, she confirmed: "Yes."

The 'Stars are Blind' hitmaker teased her wedding will be "something magical and fun" and her beloved pet dog will be involved in the ceremony.

She said: "You know, I'm not your traditional bride. There has to be my little Chihuahua, Diamond Baby."

Paris hailed Carter as her "Prince Charming" and insisted she'd never met anyone like him before.

Asked how it felt to have his support, she added: "You're going to make me cry asking a question like that. I've never met a man like this in my life.

"I've never been with someone who loves and supports me so much, and lifts me up, and isn't intimidated.

"[He] is just my best friend and my Prince Charming all rolled into one."