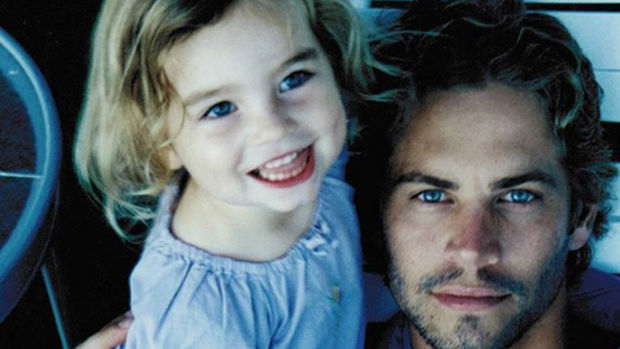 Paul Walker's daughter Meadow has shared a never-before-seen video of the late actor.

The Fast and Furious star passed away in 2013 at the age of 40 as a passenger in a single-car crash alongside friend and driver Roger Rodas, and in the seven years since his death, his 21-year-old daughter Meadow Rain Walker - whom he had with Rebecca Soteros - has been keeping his memory alive by posting pictures and videos to her Instagram account.

And this week, Meadow shared a video she "never thought" she'd post, which showed her surprising her father on his birthday.

In the video, Paul can be seen opening a door which Meadow was standing behind, which prompts her to shock him by shouting "Hi!".

I never thought I’d share this. But it felt right. Be good. I love you. Stay safe. xx

The action star then stumbles backwards and begins laughing, before he says: "What the hell! You just scared the hell out of me!"

Paul then pulls his daughter in for a hug, whilst she wishes him a happy birthday.

The touching post was accompanied by a caption which read: "I never thought I'd share this. But it felt right. Be good. I love you. Stay safe. xx (sic)"

Meadow's previous post relating to Paul was uploaded on March 16, where she seemingly referred to the current coronavirus pandemic as she posted a picture of herself as a baby being held by her father, and called him her "ultimate apocalypse buddy".

Meanwhile, Meadow received a touching birthday tribute of her own when she turned 21 in November, as Vin Diesel - who became close friends with Paul after starring in the 'Fast and Furious' franchise alongside him - told her he's "always been proud" of her.

He wrote: "I could say that I am so proud of the person you are becoming... but the truth is I have always been proud of you.

"Happy Birthday Meadow! I know it's your 21st and you wanted to go big in Japan, but the family has a cake waiting for you when you get home, so hurry. Love you kid. Uncle Vin."

And Meadow responded: "Thank you so much. I can't wait to see you soon. And my little angels. Love you."