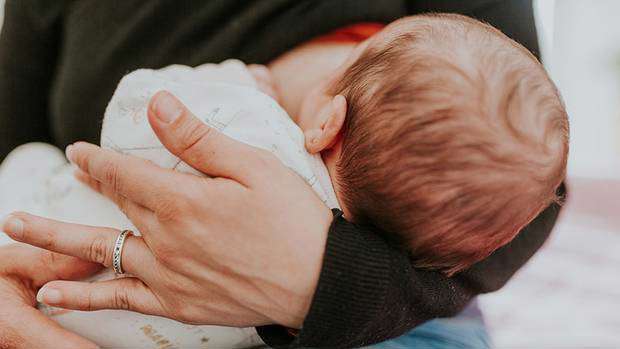 Having a baby might be the most magical time of your life, but you'd be kidding yourself if you said it wasn't expensive.

While some families do their best to save money, one father has taken it to the next level and taken aim at his wife.

The disgruntled father says after six months of breastfeeding his wife wanted to phase it out and switch to formula.

However, he has come under fire for asking her to pay for the formula herself as it is her decision to stop breastfeeding.

He took to social media to explain his point of view. 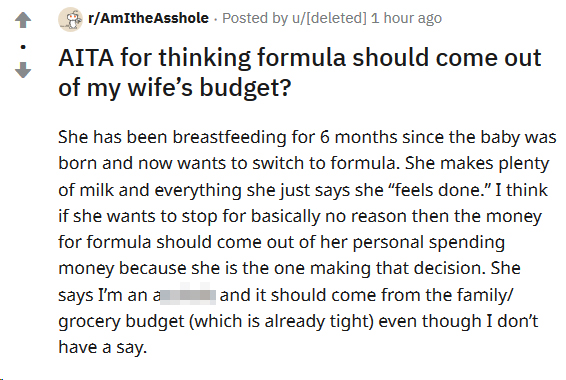 "She has been breastfeeding for six months since the baby was born and now wants to switch to formula. She makes plenty of milk and everything she just says she 'feels done'," he wrote.

"I think if she wants to stop for basically no reason then the money for formula should come out of the personal spending money because she is the one making the decision.

"She says I'm an a*****e and it should come from the family/grocery budget (which is already tight) even though I don't have a say."

Unfortunately for the husband, he was met with fiery criticism.

"She should invoice him for the hours spent nursing/pumping and take that out of his budget," one woman fumed.

"Breastfeeding is only free if you consider her time as worthless," another pointed out.

"Replace all the milk in the house with breast milk and tell him if he wants regular milk it comes out of his expenses," another reader said.