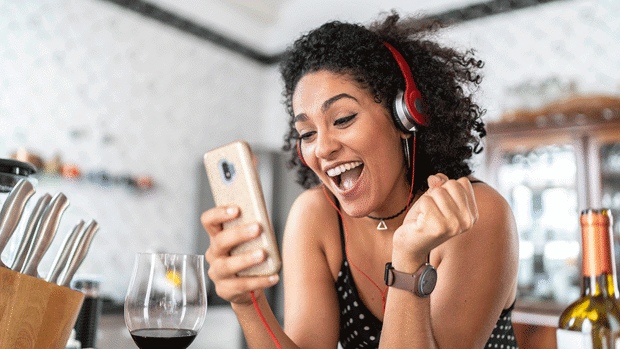 We all have a way of doing certain things that we know doesn't sound like it would work but actually does, a tip or a trick that we've learnt or has been passed down to us and that we know is worth doing.

A Reddit user asked people to share the life hacks they use that sound "crappy" but work really well. The answers did not disappoint.

"A knitted fake wasp nest. Our wasps buggered off the same day, haven't been seen since," one Reddit user replied with.

Other people replied to the same thread confirming the hack works as wasps are extremely territorial and will fly off looking for another spot if they think that one is taken.

"They actually are territorial and will leave if they think a specific area has already been claimed. I have heard a paper bag stuffed with newspaper and hung up will also work for this. Wasps don't have great eyesight," a user suggested.

Another user shared the always insightful piece of wisdom that "writing things down by hand helps you remember them better".

"Bending your knees up using a little stool to support your feet while pooping. It has changed my life," another Reddit user shared.

"Don't save your banking information on online stores. Makes impulse buying much more difficult if you have to track down your wallet," another user suggested. Very good advice for the upcoming holiday season, actually.

"If you keep forgetting if you locked your door/car/lock, do something silly after locking it. It will help you remember if you have to think back," one Reddit user posted.

Other users agreed, with one further adding: "I would always say "it's [day of the week] and I locked the door. The act of figuring out what frickin day it is helped me remember."

A Reddit user shared that one of their best life hacks is "smiling in the mirror when you're feeling down". "The act of smiling releases molecules in the brain that help relieve stress, pain and sadness," the user added.

A Reddit user took the opportunity to share some incredible advice on the importance of befriending what the user describes as "invisible" people.

"Befriend the "invisible" people that everyone overlooks, the hotel maids, the janitor at your office, anyone doing a thankless job that people often look down upon. Treat them like valuable human beings because they are. These are people working far harder than most of us can imagine, taking care of themselves and their families and often barely scraping by. You never know in this life when you're going to be the one interaction that saved someone's life, or at least made it a little bit better for a day or a moment. And you never know when some person who nobody paid attention to could end up being there for you, especially if they know and like you," the user posted.

Another user shared that they started saying "silly" instead of "stupid", "for example 'Oh I'm so stupid or 'that was stupid'". According to the user, saying the word "silly" instead improved their self-esteem.

"Kiwi juice has enzymes that break down meats, tenderising the steak," another user shared.

"Pineapple does the same thing, but has a much stronger flavour. So put a bit of kiwi mush on your steak about 30 minutes prior to cooking it and it will be amazingly tender without a strange flavour added."

And finally, one of the best pieces of advice on an already very useful thread: "If something's worth doing, it's usually worth doing badly."

A Reddit user went to great length to describe how you're better off doing something badly than not doing it at all.

"Also applies to self-improvement stuff as well as maintenance. Don't worry so much about doing 100 pushups, 100 sit-ups, 100 squats and a 10km run that you do nothing, just walk around the block and do one of each of the others for now. Just write one page a day of that novel, and allow it to be terrible. Write simple, buggy programs. Draw badly. Watch YouTubers cook or fix their car or put on make-up or build something, even, if you can't find the energy to yourself," the person continued.

"If you're having trouble finding a date start pre-emptively assuming that everyone is off-limits and just focus on finding genuine friends who match your orientation.

"Somewhere along the line you'll lose your discomfort and start getting better at doing what you want or need to do."

For more useful life hacks, check out the full thread on Reddit.