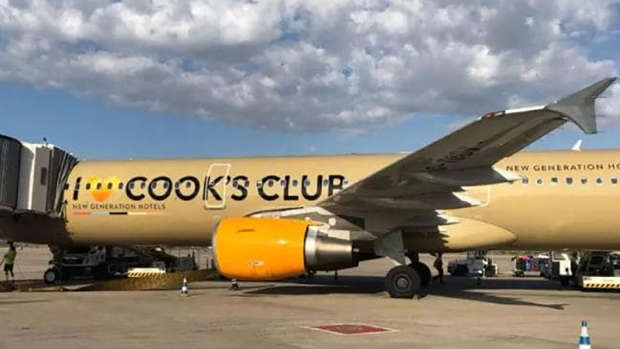 Thomas Cook Airlines was left red-faced this week after it suffered a major paint job fail on its planes.

The British airline unveiled the new aircraft branding in an attempt to promote its new hotel, Cook's Club.

The message printed on the sleek aircraft, which was meant to say "I love Cook's Club", looked great ... until the exit door opened.

When the plane door opens, the second "o" turns into a "c", instantly changing the branding into an x-rated message.

An airline spokesman said: "It goes without saying it is unintended, but it is one way to highlight where the emergency exit is."

Cook's Club is a millennial-focused boutique hotel chain located in the heart of popular holiday hotspots across Europe - minus the hefty price tag.

The youth brand offers hotels with vegan food, cocktails created by a Berlin-based mixologist, and activities including escape rooms, silent discos, VR games and a Rage Room – where guests can let off steam by smashing bottles and vases with a wide range of tools.