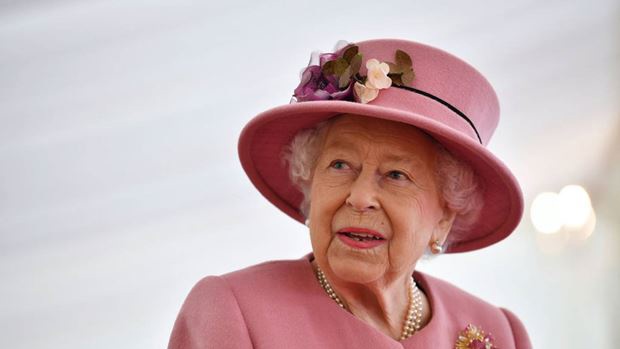 The Royal Family have been rallying around Queen Elizabeth amid her health concerns.

The 95-year-old monarch recently spent a night in hospital after undergoing a "preliminary" health check, and her family - including Prince George, eight, Princess Charlotte, six, and Prince Louis, three - have been especially supportive of her in the last few days.

A source shared: "[Duchess] Kate sent the queen a huge bouquet of flowers from her family. George, Charlotte and Louis made 'get well soon' cards."

The monarch and the Duchess have been "talking more than ever since [the] health scare".

And although she's now returned to Windsor Castle, the royals have been urging the Queen to "take it easy".

The insider explained to Us Weekly: "The Queen says she’s fine and doing well, but she’s said that before, so naturally [the family is] concerned. They’d been urging her to take it easy for months."

Meanwhile, an anonymous source spoke to US Weekly, and revealed details about how Harry is feeling being so far away from his grandmother when she is struggling with her health.

"He felt helpless being 5000 miles [8000km] away in Montecito, and has been checking in non-stop with her," the source told the publication.

The source added that he "feels guilty about not saying goodbye" to Prince Philip before he died in April, and that he went into "panic mode" when news of his grandmother's stay in hospital broke.

"He would never forgive himself if the same thing happened with his beloved grandmother," the source said.

The Sun reports Harry is hoping to return to the UK for Christmas with Megan "so that [the Queen] can finally get to meet Lilibet and see Archie again".

The Queen - who is the oldest and longest-serving head of state in the world - recently announced she won't attend the COP26 climate change summit in Glasgow after being advised to rest by her doctors.

The monarch was scheduled to attend the high-profile event in Scotland, but she cancelled her original plans after undergoing preliminary medical checks and will instead address the delegates "via a recorded video message".

Buckingham Palace said in a statement: "Following advice to rest, The Queen has been undertaking light duties at Windsor Castle.

"Her Majesty has regretfully decided that she will no longer travel to Glasgow to attend the evening reception of COP26 on Monday, 1 November.

"Her Majesty is disappointed not to attend the reception but will deliver an address to the assembled delegates via a recorded video message."